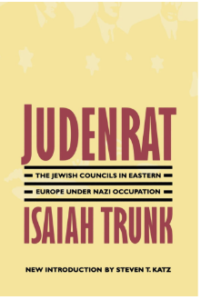 The JUDENRAT and Jewish-Nazi Collaboration. Let’s Have No Double Standards on Collaboration by Jews and by Poles 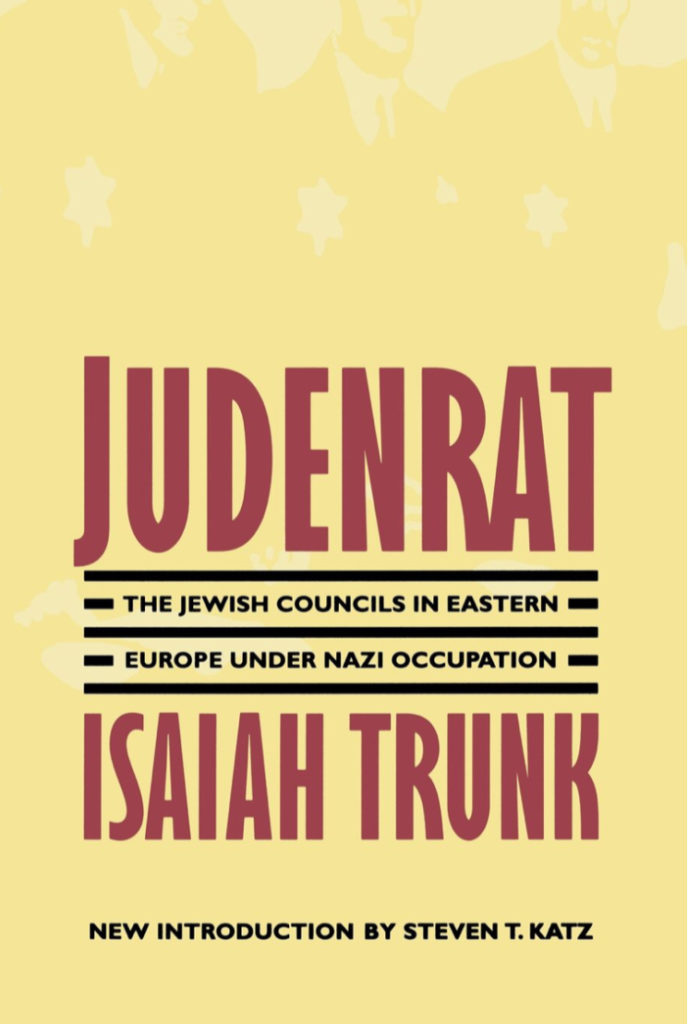 This encyclopedic work (review based on 1972 edition) includes arcane details about the origins and function of the Judenrats, including such things as organization, administration, religion, education, economics, medical issues, public welfare, and much more. There is also much on postwar trials of honor of Jewish collaborators, and actual trials of Jewish collaborationists in Israel (1951-1964).

A middle view is followed that avoids the extremes of unmitigated guilt and unilateral exoneration owing to the extremity of circumstances, and the fact that “all Jews were victims of the Nazis”. [Actually, more than half the world’s Jews weren’t] In addition, not all choices made by the Jews under the Nazis were choiceless choices. Far from it.

Just as the Polish Blue police was sometimes forced by the Germans to carry out the shooting of ghetto Jews, so was the Jewish police on many occasions. (p. 483). Polish help to Jews is occasionally mentioned. (e. g., p. 523, p. 539). At other times, however, Jews refused offers of Polish help, choosing to remain in the ghettos. (e. g., p. 442). This decision almost always doomed them. All this is ironic in view of the endless complaints that Poles “did not do enough” to help Jews.

“Open and secret agents, who supplied information to their German masters, were active in the ghettos”. (p. 504). “Nihilism and lawlessness became widespread among the ghetto police, leading to far-reaching collaboration with the Germans.” (p. 500). “‘…shameless blackmailers, and thieves.'” (p. 538). “The ghetto police actively participated in uncovering hidden Jews in many ghettos. Familiar with the topography of the ghetto, the layout of the apartments, and the nooks where people might try to hide, the ghetto police was given the task of sniffing out Jews in hiding.” (p. 513).

Trunk incorrectly claims that only Polish Communist guerilla units accepted Jews. (p. 452). There were, in actuality, openly Jewish soldiers in the NSZ and AK, including its top echelons. He also says that cooperation with the Germans was compelled in the case of Jews (e. g., the Judenrats), while that of non-Jews (e. g., the 260,000 Poles in the German-ruled administration: p. 572) was voluntary. This is incorrect. For example, no sooner had the Germans conquered Poland than they demanded that the prewar Polish criminal police report for duty under threat of death for no-shows: Hence the Polish Blue Police (Policja Granatowa). (Also, one of my uncles fled and hid to avoid service in the German administration).

GERMAN TERROR RECOGNIZABLY CORRUPTED THE JEWS. WHY NOT ALSO RECOGNIZE THE SAME FOR POLES?

“They [Jewish Council members] were in danger of going to the extreme in cooperating with the Nazis, not so much in the illusory belief of interceding for the common good of the Jews as for their own benefit. In an atmosphere of moral nihilism, corruption of Nazi officialdom, and inhuman terror, it was not easy for such Council members to be on guard against crossing the fine demarcation line between cooperation and collaboration.” (p. 573). (The same held for the Polish Blue Police, albeit under less severe circumstances. But the similarity ends there. Jewish collaborators weren’t liquidated by Jewish insurgents until well into the “resettlements”, and then only sporadically. In contrast, the Polish Underground regularly liquidated Poles who had drifted into collaborationism. The extremity of circumstances didn’t change this. For instance, Poles turned informers as a result of being broken by Gestapo tortures were liquidated just the same.)

Let’s take this further. Trunk doesn’t address Hannah Arendt’s contention that, without the massive Jewish collaboration, the Germans wouldn’t have been able to kill anywhere near 5-6 million Jews. Suppose, instead, that any Jew who took part in the “resettlements” was promptly assassinated, regardless of circumstances. Would the Germans have proceeded anyway, or would they have decided that the Jewish genocide was too disruptive to complete during wartime? Pointedly, Hans Frank already favored the latter (see the Peczkis review of HANS FRANK). 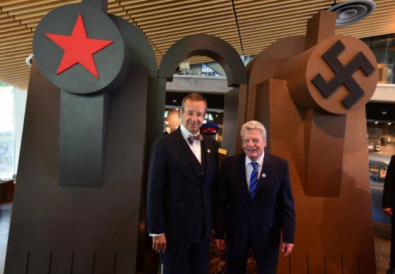 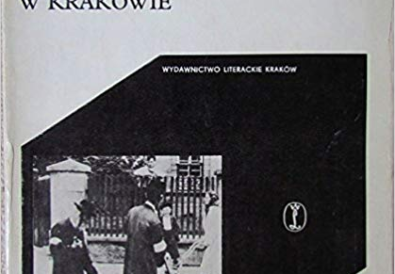