Warsaw Ghetto Uprising Tainted By Communism, For Which Reason Poles Were Reasonably Disinclined to Fully Support It

Eyewitness Goldstein presents a variety of interesting information. For example:

The surviving Polish Jews constantly complained about American Jews not helping them (p. 272). And, in common with many other authors, Goldstein portrays the Jewish ghetto police as Nazi collaborators (pp. 70-71), faulting them for such things as the forcible roundups (including the uncovering of Jews in hiding) for the death trains (p. 106, 116).

JEWS WERE NOT EXPECTED TO DIE NEEDLESSLY. SO WHY ARE POLES BLAMED FOR NOT WANTING TO EITHER?

The Polish Underground refused to support the eventual Warsaw Ghetto Uprising more substantively owing to fears of its expansion to numerous Polish victims. (p. 194). Interestingly, in the first stage of the deportations of Warsaw’s Jews to Treblinka (July 1942; 60,000 initially-slated deportees), many Jews exhibited a comparable attitude, “But we knew that armed resistance would doom the whole ghetto instead of only sixty thousand. And who, no matter how convinced that the whole ghetto was doomed in any case, could take upon himself the responsibility for precipitating such a catastrophe?…” (p. 111).

Goldstein continues, “The ghetto had no right to sacrifice sixty thousand human beings so that the survivors might continue their slave existence a little longer…But how would the hundreds of thousands who were not immediately threatened with deportation react to such a proposal? Would they consent to mass suicide?” (p. 111).

THE 1943 WARSAW GHETTO UPRISING: THE ZOB TAINTED BY COMMUNISM. SO WHY WOULD POLES WANT TO SUPPORT THEIR COMMUNIST ENEMIES?

The Polish suspicion of the leadership of the Warsaw Ghetto Uprising being tainted by Communism(Zydokomuna) finds implicit corroboration in Goldstein’s following revealing comments: “On May Day, the ghetto fighters undertook a one-day `offensive’. In the evening they held a roll call of their decimated ranks and sang the `Internationale’.” (p. 198). Elsewhere, Goldstein himself has no difficulty referring to Communists as his “good friends” (p. 277).

ABOUT THOSE “VERY FEW” POLES THAT AIDED JEWS: A STRONG CORRECTIVE

Commonly-voiced complaints about Poles not hiding more Jews ignore the draconian scale of German terror used against Poles, as elaborated by Goldstein, “Each day the terror on the Aryan side increased. There were constant raids, arrests, and executions for the slightest hint of contact with Jews.” (p. 183). Also, “The renewed terror on the Aryan side has frightened many Poles whose attitude toward the Jews was friendly. The intensive activity of the Gestapo made hiding a Jew more dangerous each day. Schmaltzovniks were everywhere. Every decent instinct was choked off in the atmosphere of terror, executions, extortion, lawlessness, and complete human demoralization.” (p. 201). Also, “The wave of raids and kidnapping, the great manhunt in the city streets, began all over again. Entire blocks of houses were closed off. Bloodhounds sniffed and snooped everywhere. Nazi gangs dragged people from their homes, from attics and basements, beating and killing them. In the tense atmosphere that descended on the entire city, the few Jews who had escaped from the ghetto experienced the most terrible fears.” (p. 208). Finally, “The raids in and around Warsaw increased the fright not only of Jews but also the handful of non-Jews who were disposed to help them. It became increasingly difficult to find new hiding places and to retain the old ones…” (p. 228). Apart from the obvious ones, there were countless other daunting challenges facing Polish rescuers of Jews, as elaborated by Goldstein. (pp. 213-221).

WHAT POLES DID FOR THE JEWS

Goldstein credits Poles for smuggling food into the ghetto (p. 750), for playing the leading role in unmasking Treblinka as a death camp (p. 118), and for warning Jews about the fraudulence of Hotel Polski (p. 203). He points out that the Polish Underground provided several men who, being familiar with Warsaw’s sewer system, mapped movement routes within the ghetto and escape routes out of the ghetto (p. 198).

JEWS ALSO LOOTED FROM POLES. WHY DON’T WE EVER HEAR ABOUT THAT?

The oft-mentioned looting of Jewish valuables by Poles, highlighted by the media-acclaimed Jan T. Gross, has another side. After the German-forced evacuation of Warsaw following the doomed Poles’ 1944 Warsaw Uprising, Jews hiding from the Germans amidst the ruins of Warsaw spent time looting the valuables that had been previously buried by the Polish Varsovians (p. 270). Eventually, a theft-and-barter ring developed between the Warsaw-Jewish and the outside-Polish shabrovniks (looters) (p. 271).

Unlike Jan T.  Gross and his fantastic property-acquisition-guilt-complex notion with which he tries to saddle the Poles, Goldstein has a much more prosaic explanation for the intensity of postwar Polish anti-Semitism, “After so many years of bloodletting and terror, the morale of the liberated people of Poland was at a low ebb. And the conduct of the liberators, the rank-and-file soldiers of the Red Army, who did not shrink from robbery and rape, further demoralized the population. The chaos and anarchy of Polish economic life and the dissatisfaction and disappointment of the Polish population were increased by the economic policies of the new rulers.” (p. 278).

NO BLACK AND WHITE ON POLES AND JEWS

Goldstein follows Polish-Jewish relations, beginning with slaughterhouse workers around 1919: “Jews and Poles worked side by side and the relations between them were good, despite the fact that both were strongly nationalistic, unruly, and impulsive.” (p. 8). As for the 1930 anti-Jewish excesses (Goldstein’s words) at Minsk-Mazovietsky, he points out that a mentally deranged Jew had killed a Polish Army Sergeant, and certain Polish nationalists retaliated collectively against Jews (pp. 13-14).

Now consider WII and the German-made Shoah. Goldstein paints a complex picture of Polish reactions to Jewish deaths (p. 194) and concludes that Poles had, in effect, been numbed by constant German cruelties: “The four years of Nazi terror, persecution, and anti-Semitic propaganda had poisoned their souls and completely destroyed in many of them any feeling that the Jews were human.” (p. 194).

The schmaltzovniks (szmalcowniki; blackmailers) were recognized by Goldstein as “…these dregs of Polish morality…” (p. 208).

THE BOGEYMAN OF BEREZA KARTUSKA

Some Polonophobes and local LEWAKS have equated Bereza Kartuska, an interwar internment camp, with the Nazi and Soviet concentration camps. This is utter nonsense: “In his quiet, deliberate way he [Leon Feiner] told me the story of his experiences during the long months in the Soviet prison at Lida. `I was in the Polish Punishment Camp of Kartuz Berez a long time, but that cannot even be compared to what I lived through under our “comrades”…It is hard for me to say it, but what saved us is that the Nazis drew close to Lida.'” (p. 99). 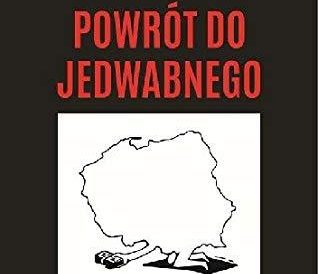 I Survived The Warsaw Uprising [Video]
No comments
LITERATURE AND FILM AS WEAPONS IN THE WAR ON POLAND
No comments
One of five American citizens who were prisoners of the Auschwitz concentration camp.
No comments
OUN-UPA Genocide of Poles: Many Personal Recollections.
No comments
What Communists Did To My Family In The Soviet Gulags
No comments
GENOCIDE OF POLES IN WOLYN – Eyewitness accounts.
One comment
The Wolyn Massacre. 77 years ago, around 100,000 Poles were slaughtered with utmost cruelty by Ukrainian nationalists
No comments
Holocaust Industry: Baseless Demands From Poland Based on Racist Ideas of Unprecedented Jewish Tribal Ownership of Properties
No comments