Other
No comments
0 shares 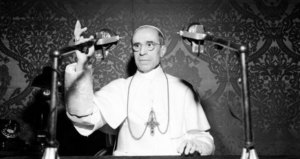 Professor Henry Kamen of Oxford was one of the fiercest detractors of the Supreme Sacred Congregation of the Roman and Universal Inquisition (currently known as the Congregation for the Doctrine of the Faith). Then Pope John Paul II allowed him into the Secret Vatican Archives which led to the publication of The Spanish Inquisition: A Historical Revision (New Haven, CT, and London: Yale University Press, 1998). Neither Hillaire Belloc nor William Thomas Walsh, fine Catholic apologists, ever managed to destroy la leyenda negra of the Inquisition to the extent that this Jewish scholar has. It has not disappeared as a bogeyman from popular culture, but certainly no self-respecting historian countenances the nonsense that used to pass for “knowledge” about the Inquisition.

Is this what we can expect from the latest round of the opening of the Vatican archives? Perhaps. In this instance, however, we are no longer battling the propaganda of the Protestant Reformation over issues that most of our secularized world finds rather irrelevant. Rather, we are up against an insidious, long-lasting effort to make the Catholic Church co-responsible for what Western public opinion holds as the most heinous crime in history: the Holocaust. It was Nazi Germany’s comprehensive and unprecedented project to exterminate every Jewish man, woman, and child in Europe, resulting in about six million deaths. Revisionist historians, playwrights, and pundits have long tried, if not to assign blame, then at least a degree of responsibility to Catholicism as an “ideology” and Pope Pius XII as the pontiff in charge. For some, he was simply “Hitler’s Pope.”

But was he? Of course not. Former Romanian communist secret police Securitate General Ion Pacepa, upon his defection, revealed that the campaign against Rome was initially engineered by Moscow.