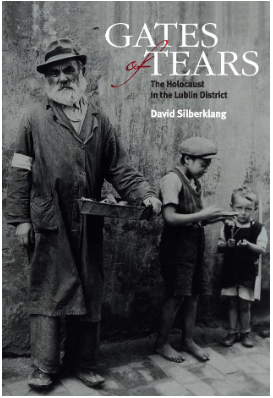 Squarely Faces Jewish-Nazi Collaboration in Significant Detail. Mischaracterizes Jedwabne and the JUDENJAGD (Hunt for the Jews)

This work covers all phases of the German occupation of Poland, and its effect on Jews. It is best suited for the Holocaust-familiar reader.

THE INTENSITY OF THE ONGOING NAZI-GERMAN OCCUPATION OF POLAND. AND POLES SUFFERED TOO, AND NOT ONLY THE JEWS

This work includes fascinating data. Consider the intensity of the German occupation of Poland. In April 1940, long after Poland’s defeat, and after nearly all substantial guerrilla activity had been suppressed, there still were 400,000 German soldiers in the GG (General Government: central German-occupied Poland). A year later, on the eve of Operation Barbarossa, there were 2 million of them. (p. 176).

Although this book necessarily focuses on Jews, it is not completely Judeocentric. Thus, for instance, Silberklang mentions the Germans’ Operation Zamosc, in which they removed over a hundred thousand Poles from their villages, replacing them with German settlers, and murdered thousands of local Poles. (p. 45). Apropos to this, he cites ODILO GLOBOCNIK: HITLER’S MAN IN THE EAST [See my review].

WHAT IS A GHETTO?

David Silberklang points out that, unlike the situation in Warsaw, the Jews of the Lublin district were generally not physically confined, by the Germans, in walled-off ghettos. However, perhaps this was because it was impractical to wall-off all ghettos, especially the smaller ones. In addition, ghetto isolation was a matter of semantics as well as physical reality. Even the Warsaw Ghetto had not been 100% hermetically sealed off from the Polish world. And even in the Lublin area, Hans Frank (on October 15, 1941) imposed the death penalty for any Jew caught outside his/her assigned residence area without permission. (p. 261).

JEWS WHO COLLABORATED WITH THE NAZIS: FACING AN INCONVENIENT TRUTH

This conduct is often exculpated as the desperate acts of Jewish individuals doing anything to try to save their own lives. In actuality, Jewish-Nazi collaboration went on for years–starting long before the Nazis began killing Polish Jews on a significant and sustained scale (in the spring of 1942: p. 312, 316, 325).

Moreover, this collaboration was not limited to individual Jews. Thus, Silberklang writes, (quote) Unlike the typhus epidemic, confiscation of various materials was a German-initiated idea designed to benefit the Germans and weaken the Jews all at the same time. In mid-1941, the civilian labor office created a large team of more than 500 Jewish “SAMMLER” (gatherers) all across the district. Their job was to comb the Jewish communities and other areas in search of metals, glass, paper, cloth, and other materials for industrial use. These people continued to work as SAMMLER until the spring of 1942. For those chosen for this job, it was a boon; it gave them relative freedom of movement and widespread contacts with other Jews and with Poles. In some cases it also could serve as a basis for underground activity. However, for the Jews forced to relinquish materials, this was yet another blow to their wellbeing. (unquote). (p. 266).

At times, Jews who collaborated with the Nazis not only enriched themselves at the expense of other Jews, but actually formed close friendships with leading Nazi officials. The case of Shamai Grajer, of Lublin, is instructive. A barber and petty criminal before the war, Grajer was imprisoned by the Nazis, in 1939 or early 1940, for hitting a Volksdeutsche who had been mistreating Jews. Silberklang continues, (quote) While in prison he befriended many influential SS men and emerged from his incarceration as a proprietor of a café at 15 Lubartowska Street, which was frequented by some of the SS men. Grajer very quickly became a wealthy and influential figure, mistrusted and feared. He was able to acquire special privileges for those who paid him well, and he was correctly perceived by the ghetto community as a Gestapo informer. Nearly all survivors from Lublin remember him vividly. (unquote). (p. 265).

Shamai Grajer rose to great heights before his sudden, tragic end, as described by the author, (quote) …Shamai Grajer decided that he wanted to marry his pregnant mistress, the seventeen-year-old, blond, blue-eyed Stettin refugee, Mira Fishman. Grajer forced the well-known Rabbi Zvi Elimelech Talmud to grant him a divorce from his wife Bella (against her will) and to perform the wedding. Grajer threw a big wedding party at his café and invited his SS friends, including Worthoff and Sturm, to attend. Sturm even sent a large bouquet of white roses. A day or two later the “illegals” were shot in the Krepiec woods, and on November 9, Sturm shot Grajer, his wife, and his baby. (unquote). (pp. 334-335).

This part of my review addresses claims of the uniqueness of the Holocaust, which is commonly used to justify the special attention it gets over the genocides of all other peoples:

“HOLOCAUST UNIQUENESS”: JEWS IN GHETTOS WHILE POLES ARE NOT

The fact that the Nazis put Jews in ghettos, though not always walled off ones, but did not do the same to Poles, is sometimes cited as proof that the Nazis had a more favorable policy towards Poles. That is nonsense. The Germans lacked the manpower to round up and deport tens of millions of Poles to the cities. And even if they could, who then would do the farming, and the ensuing delivery of feedstuffs, that the Germans depended on for their war effort?

Again, we are dealing with semantics. As it turns out, the Poles WERE sent to ghettos–insofar as the GG (General Government), which is German-occupied central Poland, was one giant ghetto, for Poles as well as Jews. Referring to scholars who had examined the expulsions of Poles and Germans, from Reich-annexed German-occupied Polish territories (e. g, German-termed Wartheland) to the GG, Silberkland points out that some of them actually use the word “ghetto”, in reference to the GG and its Polish and Jewish deportees! (p. 81).

One argument for Holocaust uniqueness is the one about it being uniquely irrational—insofar as Nazis killed even those Jews that they needed for the war effort.

In actually, there was no self-consistent Nazi policy on Jewish forced laborers. Silberklang writes, (quote) Skilled forced-laborers were deported in 1942, despite a military need for them and more than 42,000 were killed in December 1943, despite an even greater need. Yet thousands of other Jewish forced-laborers, many of them hardly essential to the German war effort, were left alive. (unquote). (p. 436).

One argument for Holocaust uniqueness is the one about it being uniquely irrational—insofar as the Nazis were so passionately determined to kill Jews that they knowingly and willingly created a shortage of militarily-essential railway traffic for themselves. Sounds dramatic, but it is manifestly incorrect.

In fact, precisely the opposite was the case. There was a major slowdown in the rail shipment of Jews, to Belzec and Sobibor, in the summer of 1942, precisely because the railroads were needed to support the German summer offensive on the Russian front. (p. 319).

There is more. Owing in part to the shortage of rolling stock, the Germans murdered well over 10% of the Lublin-area Jews not by mass gassings in a few death camps, but by a series of many local mass shootings, in a manner similar to that used by the Einsatzgruppen units further east. (pp. 323-324). [Parenthetically, this helps refute the perennial complaint about the Polish Underground, or Allied bombers, not knocking out German rail traffic. Not only was railway traffic virtually impossible to halt permanently, but, even if it actually could be done, it would not have stopped the Holocaust. The Germans would just have dispensed with the death camps, and killed the remaining Jews by local mass shootings.]

The remainder of my review deals with errors in this book that the serious reader should be aware of:

The author quotes Jan Karski on the widespread Polish antipathy to Jews. (p. 444). However, in common with many other Holocaust-related writers, he leaves out the part, in Karski’s statement, that this was caused by the widespread 1939 Jewish-Soviet collaboration.

Unfortunately, David Silberklang perpetuates the dishonest use of Klukowski, done by Polonophobes such as Jan T. Gross, by repeating the following very misleading partial quote, “There are many people who see the Jews not as human beings but as animals that must be destroyed.” (p. 336).

Here is the FULL QUOTE, which says something quite different: “There are several Jews active with the bandits. The villages have turned against the Jews because of this and try to find them in the fields and forests. It is hard to believe but the attitude toward Jews is changing. There are many people who see the Jews not as human beings but as animals that must be destroyed.”

Clearly, Polish anti-Jewish attitudes had not developed in a vacuum! They had very much been circumstance-driven.

THE JEDWABNE MASSACRE: IGNORED JEWISH HOLOCAUST SURVIVORS IDENTIFY THE GERMANS, AND NOT THE POLES, AS PRIMARILY RESPONSIBLE

In common with far too many Holocaust authors, David Silberklang cites Jan T. Gross as fact on Polish guilt for Jedwabne. He overlooks contrary evidence—for example, Jewish authors that point to the Germans, and not the Poles, as the main killers of Jedwabne’s Jews. For corrective:
“Later on, some Jews who had fled Jedwabno [Jedwabne] for Derechin told us when the Germans first entered their town, they had herded all the Jews into a barn and set it ablaze. Anyone who tried to get out was cut down by machine-gun fire. Now, standing in lines in the church courtyard, we heard a German tell us in perfect Russian that anyone trying to escape would be shot.” (p. 42)
Harold Zissman WARRIORS, 2005, p. 42.

—-
“Refugees from Jedwabne and Radzilow arrived, who were coincidentally saved from death, and who saw with their own eyes and felt the hell on their flesh. With the help of local farmers, the Germans gathered the Jews of these places, with the rabbi and leaders of the community at the front, in the market square. At first, they beat them cruelly and forced them to wrap themselves in their tallitot, to jump and dance, accompanied by singing. All this was done under an unceasing flood of lashes from cudgels and rubber whips. At the end, they pushed all the Jews, while beating and kicking them, into a long threshing house and set it on fire with them inside. This was the end of Jedwabne and Radzilow.” (pp. 38-39)Michael Maik, DELIVERANCE, 2004, pp. 38–39.

David Silberklang uncritically quotes Jan Grabowski vel Abrahamer and his JUDENJAGD (Hunt for the Jews). For a much more detailed, and objective, work on this subject, please click on, and read my detailed English-language review, of KRWAWE UPIORY.