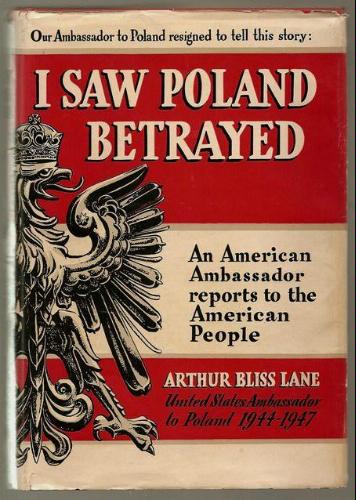 Arthur Bliss Lane was a hugely experienced American Diplomat, having worked all over the world before his posting to the Polish Government in 1944. The Polish Government was then in exile in London and he gained a great deal of respect for the Polish leadership. He followed them back to their homeland in 1945 as the Poles sought to set-up a democratic state from the smashed debris of years of Nazi domination. What transpired was a new form of despotism in Soviets, in this memoir Bliss gives a detailed history of Poland from 1944-1947, the post-war border changes and the Soviet creation of a puppet state in Poland after WWII. In Bliss’ view the Poles were hung out to dry by the Allies after 1945 and his memoir provides compelling evidence of this.
I Saw Poland Betrayed on Amazon
previous post