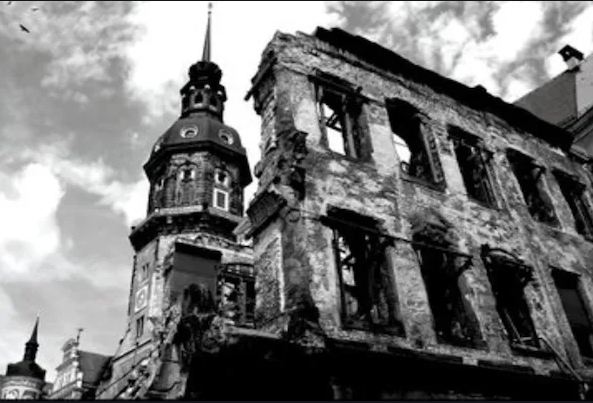 The authors repeat the canned meme that, whereas 90% of Polish gentiles survived,
90% of Poland’s Jews perished (p. 311, 314, 315, 349), which is now assumed to give
Jews special rights, and which disregards the fact that most of the world’s Jews were
untouched by the Holocaust. And, in contrast to those who say that the Terezin
Declaration is “no big deal”, the authors keep highlighting it, even pointing out that,
according to Terezin, “heirless property from victims of the Holocaust should not revert
to the state…” (p. 314).

The ownership of heirless properties in post-WWII Poland, far from being some kind of
loose end, was actually settled decades ago. Bazyler et al. write, “Currently, Polish law
does not provide for the special treatment of heirless property from the Holocaust and
World War II. In fact, according to the 8 March 1946 Decree Regarding Post-German
and Deserted Properties (Which superceded an 8 May 1945 Law on Abandoned and
Derelict Property)(“1946 Decree Regarding Post-German and Deserted Properties”)
property not claimed by private owners within the limitation period (usually 10 years)
became property of the Polish state.” (p. 352; See also p. 311).

The authors add that, “We are not aware of how many properties were returned during
the 10-year period set out in the 1946 Decree Regarding Post-German and Deserted
Properties or, of the properties returned, what percentage was returned to the Polish
Jews.” (p. 326).

INVENTING SPECIAL RIGHTS FOR JEWS 75 YEARS AFTER THE FACT

The authors realize that the attempt, to create special EX POST FACTO laws for Jews,
flies in the face of not only Poland’s 1946 law, but also the heirless-property laws of all
the other European nations. The write, “Heirless property restitution remains the future’s
challenge. The Study found that the level of compliance has been lowest overall for
heirless property restitution. A serious obstacle is that, under the testamentary regimes
of most European countries, both Western and Eastern, heirless property reverts to the
state. It is axiomatic that ordinary laws apply to ordinary events. But the Holocaust was
an extraordinary event. It makes little sense to apply ordinary testamentary laws to
situations where so much heirless property suddenly came into existence because of
the mass murder of millions of people. Principles of equity and justice grounded in
ancient Roman law underscore that applying ordinary heirless property legislation to the
situation of Holocaust restitution creates an injustice. Roman law principles of unjust
enrichment should apply not only to individuals but also to the state, meaning that a
wrongdoer should not profit from his wrongs. The Terezin Declaration recognized this
principle and the extraordinary situation by declaring that heirless property should be
allocated for the benefit of needy Holocaust survivors, commemoration of destroyed
Jewish communities, and Holocaust education.” (pp. 484-485).

The authors conveniently forget that it was because of German acts, and not Polish
acts, that there was so much Jewish heirless and unused communal property! So who,
if anybody, is engaged in “unjust enrichment”?

In addition to all this, Bazyler et al, following post-Stalinist Jan T. Gross, now try to
delegitimize the 1946 law by repeating the insinuation that Holocaust surviving Jews
were afraid to reclaim their property after the war, as if this was the norm! (p. 311, 325).

The authors equivocate as they attempt to belittle the 1960 U.S.-Poland Bilateral
Agreement, “Thus, many of the Polish survivors of the Holocaust and World War II who
later became U. S. citizens would have been excluded, if at the time of the taking of the
property they were not U. S. citizens. However, everything depended on the
circumstances of each expropriation and the interpretation made by the Foreign Claims
Settlement Commission (“FCSC”) which determined the claims.” (p. 320).