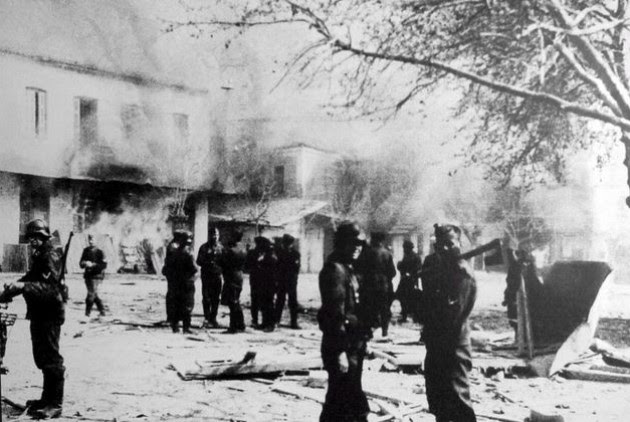 A new book by historians Karl Heinz Roth and Hartmut Rübner, titled “Reparationsschuld. Hypotheken der deutschen Besatzungsherrschaft in Griechenland und Europa” (The War Reparations Case. The debts from the German Occupation in Greece and Europe) examines an issue that has been concerning Greece for many decades: the war reparations owed by Germany for the Nazi occupation period. Greece is seeking compensation from Germany on three accounts – general war reparations, a claim resulting from the massacre at the village of Distomo in 1944, and the repayment of the forced lean exacted from the Bank of Greece in 1942-4).

The two historians had to overcome many obstacles in their research. As Nikos Heilas comments in “To Vima” daily (The reparations issue concerns the whole Europe, 15.4.2016), when it comes to documents concerning the reparations, German Chancellery protects its secrets like no other German institution. The legal department of the German Chancellery refused any access to important relevant documents on the grounds that the law forbids their disclosure before the expiry of thirty years ignoring the exceptions provided for researchers in the same law.

This culture of silence is rooted in the beginning of the 50’s when Greece brought the issue of reparations for the first time and the order for secrecy was given by Christian Democrat Chancellor Konrad Adenauer. Its codification was carried out twenty years later by Social Democratic Chancellor Willy Brandt. Its execution was assigned to the “reparations bureaucracy” (a term coined by the two authors), a group of senior officials, which gradually became autonomous and “educated” the ministers of the successive governments accordingly.