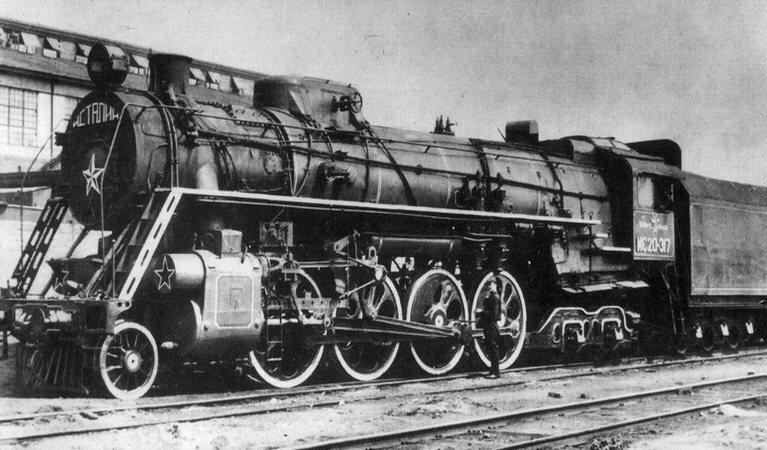 The Soviet dictator’s decisions and the resulting conduct of the Soviets in the post WWII Poland clearly shows what the “liberation” actually meant. Stalin treated Poland as conquered territory. His task was to centrally coordinate the transfer of war gains to the USSR.  For this purpose, a special committee was established, and the entire operation, headed by one of Stalin’s closest associated, Georgy Malenkow- was directed from Moscow.

Stalin gave the appropriate orders in January 1945, when the Red Army crossed the Vistula river. On this basis, special “trofiejnyje otriady” were formed (in free translation: trophy acquiring units). The looting was extremely methodical. Trophy brigades were formed at various committees (ministries) of the Council of People’s Commissars of the USSR. In the ranks of trophies units were, among others, art historians who assessed which works or art were worth looting, and engineers who supervised the dismantling and transferring of factories. and local populations were used for physical labor.

A total of 100,000 people served in the trophy brigades. They had their own network of warehouses equipped with trucks for transporting goods. Practically, all items having any material value were confiscated and transferred to the USSR. Bogdan Musiał, in the book “Stalin’s War”, quotes an order signed by Colonel General Nikolai Bulganin, who defines the spoils of war as:

Soon after the issuance of Stalin’s order, looting on a large scale began and “trophy” troops began to confiscate whatever they could put their hands on. Whole factories were exported by railroad tracks. For example, 30 large factories were disassembled and transferred to the USSR from Bydgoszcz, a city in the eastern part of Poland alone. The city of Grudziądz was literally stripped of its industry, including single owner businesses. The same happened to Industrial enterprises in Sosnowiec, Dąbrowa Górnicza, Częstochowa, Zgoda, Chorzów, Siemianowice, Poznań, Bydgoszcz, Grudziądz, Toruń, Inowrocław, Włocławek, Chojnice, Łódź, Dziedzice, Oświęcim and Chorzów. In Toruń, the equipment for local mills was loaded onto 46 railway wagons and sent to the USSR, as a result of which the city ran out of bread.

Poland’s natural resources were being “liberated” as well. From Upper Silesia alone, between April 1 and June 1, 1945, the Soviets intended to transfer 975 thousand tons of coal, which was then a strategic raw material

Agriculture also did not escape the losses associated with the “liberation.” Stalin personally signed the ordinances under which, until September 1,1945, a huge amount of livestock was transferred from the current territory of Poland to the USSR: a total of 506,000 cattle, over 114,000 sheep and 206,000 horses.

Along the formal Soviet government coordinated plunder, individual looting by Red Army soldiers took place. It was so rampant and widespread that to bring it under control, at the end of 1944, the People’s Commissariat of Defense introduced a special provision regulating this practice. According to the provision, exemplary soldiers could send a loot package to USSR, once a month. Its weight depended on the military rank of the sender. For privates, it was 5 kg. As stated by Antony Beevor in his book “Berlin 1945. The Fall”, officers could send a package twice as large. No limit applied to the generals and high-ranking officers of Smersh units(counterintelligence units). Sometimes senior officers even sent whole wagons of loot to their homes. The most popular souvenirs items were food, clothes, shoes, radios, tableware, dishes, bedding, bicycles, watches, and even nails, windows and toilet seats.

Calculated for today’s dollar value, some estimate that the total losses would amount to 54 billion. And that is without interest.

Indeed, Poland had to pay dearly for the privilege of “liberation” by “brotherly” Soviet troops with the “blessing” of Churchill and Stalin, who agreed to the “liberation”. While all this pillaging was taking place in Poland, not to mention here rape, torture and killings by the “liberators”, other European countries, which suffered much less damage than Poland, were starting to rebuild with the help of Marshall Plan, Germany included.

ONLY IN POLAND DURING WORLD WAR II