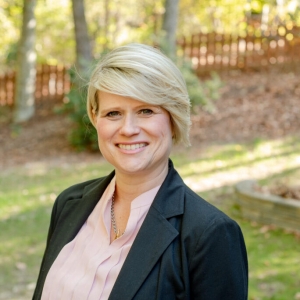 The letter’s author, Gene Sokolowski, is an American of Polish descent. In his letter to State Superintendent Catherine Truitt, Mr. Sokolowski points out serious inaccuracies, falsehoods and material omissions in Chapter 4 of the document, the chapter serving as a resource for North Carolina teachers teaching their students about the Holocaust.

I recently came across the Teacher’s Guide to the Holocaust published by the North Carolina Council on the Holocaust and saw that Chapter 4 contains two types of deficiencies. The first is that it contains statements that are false. The second is that there are material omissions; relevant facts essential for accurate historical context are absent. As a result, the uninformed reader is presented with an exceptionally erroneous historical picture. Some examples of the deficiencies are provided below.

On page 36, in the paragraph “Death Camps in Poland”, the second sentence states: “Nazi leaders chose Poland for the killing centers for several reasons” and the fourth sentences states: “Second, non-Jews in these areas had age-old traditions of anti-Semitism and were unlikely to oppose the activities of the Nazis.” This is false. Numerous efforts were made to aid fugitive Jews, despite the fact that, in occupied Poland, the Germans enforced a standing order that anyone aiding a Jew in any way would be executed together with immediate family. Even with this death penalty, Poles by far outnumber the individuals from other countries that were awarded as Righteous Among the Nations by Israel’s Yad Vashem. Historian Gunnar Paulsson estimates the number of Polish rescuers was close to 100,000; professor Hans Furth estimated as many as 1,200,000; historian Richard Lukas estimated upwards of 1,000,000; historian Marcin Urynowicz estimated a minimum of 500,000; historian Władysław Bartoszewski estimated that between 1 and 3 percent of the Polish population was actively involved. Additionally, estimates of Poles killed for rendering aid approach 50,000. There were also two Polish institutions that rescued Polish Jews. The first, Żegota, was the only government-sponsored organization in the occupied countries that was established specifically to rescue Jews. Estimates of Jews saved by Żegota range from 30,000 to 60, 000. The second was the Catholic Church, which rescued Jewish children on a massive scale by hiding them in convents, orphanages, and rectories. No German-occupied country had such an organizational infrastructure that aided and rescued so many thousands of Jews. As historian Norman Davies points out, “Elementary justice demands that they are duly honored and remembered, not because they were Poles, but simply because they did their duty as Christians and compassionate human beings.” A little-known fact is that German death squads carried out mass executions of entire Polish villages that aided Jews and some of the annihilated villages became extinct. There were also the successful rescue of Jews by Polish diplomats Alexander Ładoś in Switzerland, Tadeusz Romer in Japan, Wojciech Rychlewicz in Turkey, and Henryk Sławik in Hungary, who collectively saved thousands. There were also significant Polish efforts to warn the West about the mass murder of Jews in occupied Poland. Witold Pilecki voluntarily walked into a German round-up for Auschwitz prisoners and sent reports to the Polish resistance headquarters in Warsaw. These comprised the first inclusive record that convinced the Allies the Germans were engaged in mass murder on an unprecedented scale. Jan Karski was a courier who secretly travelled between the Polish Government-In-Exile in London and the Polish Underground State in occupied Poland. He was twice smuggled into the Warsaw Ghetto by Jewish underground leaders to observe the horrifying conditions. Disguised as a Ukrainian guard, he also entered the Izbica Lubelska transit camp, where Jews were confined in appalling conditions awaiting transport to the Bełżec and Sobibór death camps. Karski carried out of Poland a microfilm with this information and it became one of the earliest and most accurate accounts of the beginning of the Holocaust. He was also the first eyewitness to personally meet with FDR and British Foreign Secretary Anthony Eden. Although he provided detailed statements on what he had seen and pleaded for Allied intervention, his reports fell on deaf ears. Based on the reports from the Polish Underground State and Karski, Edward Raczyński, the Foreign Minister of the Polish Government-in Exile in London, issued the document The Mass Extermination of Jews in German Occupied Poland on December 10, 1942. It was the first international publication describing Hitler’s mass murders and was sent to the signatory states of the Declaration by the United Nations as well as to the diplomatic missions of other countries.

The fifth sentence states: “In fact, many offered assistance.” This is false. Few Poles willingly collaborated with the Germans. Poles and Jews whom the Polish resistance identified as collaborators were tried in underground courts and ordered to be executed. The chapter’s text fails to acknowledge that Jews also collaborated with the Germans, two examples of which follow. The Jewish Councils, which were appointed by the Germans to govern the ghettos across occupied Poland, together with their volunteer Jewish Ghetto Police, delivered hundreds of thousands to their occupying executioners. Renown Holocaust scholar Raul Hilberg and political theorist Hannah Arendt both questioned why they did not resist and instead force the Germans to do their own heinous work. In Warsaw, the collaborationist groups Żagiew and Group 13, informally known as the “Jewish Gestapo”, operated outside the ghetto and inflicted considerable damage on Jewish and Polish underground resistance movements. For relevant and accurate historical context, it is also important to recognize that Poles never established a collaborationist government (as did France’s Petain, Norway’s Quisling, Slovakia’s Tiso, Croatia’s Pavelic, Hungary’s Horthy, and Romania’s Antonescu), never established a militia to round up and deport Jews to the death camps or kill them outright (as did Belgium’s Degrelle, Holland’s Mussert, France’s Petain, Norway’s Quisling, Slovakia’s Hlinka Guard, Croatia’s Ustase, Hungary’s Arrow Cross, and Romania’s Iron Guard), and never established SS units to fight under German command (as did Denmark, Norway, Belgium, Latvia, Hungary, Estonia, Italy, France, Holland, Albania, Ukraine, Bulgaria, and Croatia), which prolonged the war and Hitler’s campaign of racist killing.

The sixth sentence states: “The Holocaust would not have been possible without the aid of these local populations.” This is not only false but egregiously so because it ignores relevant historical facts. As already noted, the enabling actions of the Jewish Councils and Jewish Ghetto Police were a major factor in the deaths of approximately three million Polish Jews and three million Jews from other European countries. It’s also important to understand that Hitler and Stalin instigated World War II to apportion Europe between them and the secret protocol in their 1939 nonaggression pact prescribed the destruction of the Polish people and the annihilation of the Polish state. In the first two years of the war, Poles were the primary target of a coordinated German and Soviet extermination process designed to annihilate them on both sides of the Ribbentrop-Molotov line. As evidenced by his Generalplan Ost and Lebensraum policy, Hitler did not attack Poland to eradicate Polish Jews. His objective was to annihilate the Poles, take over their land, and settle it with Germans. He began by immediately arresting and murdering up to 100,000 Polish elite, most of whom were listed in the Sonderfahndungsbuch Polen, and expelling approximately 1.5 million Poles from occupied Polish territory so that ethnic Germans could settle into vacated Polish properties. During this two-year period, virtually all of Poland’s Jews were imprisoned in German-operated ghettos. The Jewish Councils ceased all contact with Polish authorities, gathered up Jews from small towns, and concentrated them in the ghettos of the larger cities. They further kept ghetto Jews convinced they were being deported to work in German-designated areas in the East and, beginning in early 1942, they directed the Jewish Ghetto Police to forcibly round up ghetto Jews and load them onto the trains destined for the death camps. Jews who did not enter the ghettos or escaped from them became fugitives, went into hiding, and relied on Poles for survival. While nearly all of Poland’s Jews were imprisoned in the ghettos, Poles were in a day-to-day struggle for survival because of the brutalities and severe conditions exacted by the occupiers. The Germans imposed near-starvation rations, enforced onerous quotas on farmers, confiscated crops and livestock, conducted daily executions to terrorize the populace, randomly arrested and tortured Poles to extract intelligence on the Polish resistance, and conducted recurrent round-ups for deportation to concentration and labor camps. Over two million Poles were sent to the camps while up to 200,000 Polish children were abducted for Germanization under Himmler’s Lebensborn program. About 10,000 such children died in camps at Zwierzyniec, Zamość, Auschwitz, and Majdanek. As Hitler’s Wehrmacht occupied western Poland, Stalin’s Red Army occupied eastern Poland and deported up to 1.6 million Poles to the Gulag camps in the Soviet interior, resulting in an estimated death rate of up to 80 percent. Various accounts document Jews, including rabbis, greeting the Soviets with welcoming banners, kissing their tanks, and forming militias and revolutionary committees that denounced Polish “class enemies” for deportation to Siberia, identified others for execution by the NKVD, and in some cases, robbed and even murdered Polish officials, priests, and landowners. By directly aiding the Soviet Union in its objective to destroy the Polish state, these actions constituted de facto treason. Stalin’s barbarity was further evidenced by his Katyn Massacre, a series of executions encompassing 22,000 captured Polish officers. Also, a little-known fact is that, in late 1942, Ukrainian nationalists in eastern Poland began an ethnic cleansing campaign in which they brutally murdered about 100,000 Polish men, women, and children. From this, it should be obvious that the physical destruction of the Polish state was necessary for the eradication of Poland’s Jews because it was the guarantor of their security. Poland ceased to exist as Hitler annexed its western territory to Germany and Stalin annexed its eastern territory to the Soviet Union. It was Hitler’s and Stalin’s combined campaign to destroy Poland that enabled the mass murder not only of Polish Jews but also Jews of other European countries.

On page 38, in the paragraph “Forced Marches Begin”, the second sentence states: “The SS forcibly marched the surviving prisoners from the Polish death camps to camps inside Germany…” As you likely know, the issue here is the phrase “Polish death camps”, which is not only false but also highly offensive. Hitler’s death camps in occupied Poland were not Polish; they were established and operated by the Germans. Poles also died in the death camps and did not work in them.

Finally, the two reasons the Germans built and operated their extermination camps in the eastern part of occupied Poland are straightforward. The first is that the camps were in far-away, sparsely-populated areas in which all surrounding villages were evacuated and thus could be kept secret not only from the German civilian populace but also from the West. Such camps, if built in occupied France, Belgium, or the Netherlands, would have been immediately exposed. The second reason is that there were established rail lines to the camp areas.

State Superintendent Truitt, I am writing because I believe that you and your peers across the country are firmly committed to ensuring that factual truths about American and European history are presented to our nation’s youth. A second reason is that I immigrated to the U.S. under the Displaced Persons Act with my Polish father, who survived the Gross-Rosen, Dachau, Natzweiler Struthof, and Neuengamme concentration camps. Because of this, and because most Americans are uninformed of what actually occurred in Poland during World War II, I continue to strive for factual accuracy. I respectfully request your guidance on how and to whom I may address the factual information I’ve provided above.

Here is a link to Chapter 4 of the curriculum that Mr. Sokolowski is referring to:

11th August 1937, Moscow Operational order No. 00485 of the People’s Commissar for Internal Affairs of the USSR Nikolai Yezhov on the so-called “Polish Operation”.