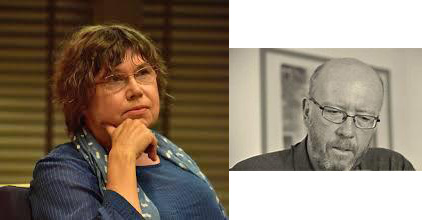 On Tuesday, January 12, 2021, the last hearing took place in the trial against Prof. Jan Grabowski and Prof. Barbara Engelking. The plaintiff, Ms. Filomena Leszczyńska, had filed a lawsuit to defend her uncle’s good name, the late Edward Malinowski, who is described in the book “It is still Night” as “complicit in the murder of Jews” during World War II. The verdict will be issued on February 9th.

The author of the chapter containing the lie about Mr. Edward Malinowski is Prof. Engelking. Prof. Grabowski is the book’s scholarly reviewer. Testifying at the hearing, Ms. Engelking admitted that she had made a mistake by confusing two people by the same name – Malinowski. When asked why she had omitted the testimony of a Jewish person who was favorable toward Edward Malinowski, she replied that Mr. Malinowski was of no interest to her. Prof. Grabowski testified that he had not had any contact with the documents concerning Mr. Malinowski. When asked why the book “It is still Night,” had not been reviewed, he replied that “in his academic experience, a review was not required.” It seems that the same “academic experience” allowed the professor to approve the false information in the book, making a Jew murderer out of an honorable person who had actually saved Jews.

Having six different sources available, the authors of the publication used only one. As the plaintiff’s attorney Monika Brzozowska-Pasieka pointed out, “this book is not fiction.” This case is about real people, and, therefore, the apology must be public. The defendants’ attorney argued that the plaintiff was trying to make a case to protect personal rights out of minor editorial errors. According to the defendants’ attorney, there is no right to unfalsified history that protects personal rights.
In an interview on TVP INFO, the plaintiff’s attorney, Ms. Brzozowska-Pasieka, stated:

“We demand an apology and correction of the information we believe to be untrue. However, in the case of the book’s reprinting, we expect the removal of false and inaccurate information or footnoting it appropriately.”

Mr. Maciej Świrski, president of Reduta Dobrego Imienia, who aided with the lawsuit, commented on Twitter:

“Today’s trial against Jan Grabowski and Barbara Engelking has made me realize how recklessly, in my opinion, recognized professors approach historical sources.”

He also attached a link to a detailed description of Edward Malinowski’s case. (in Polish):
http://www.anti-defamation.org/sprawa-edwarda-malinowskiego/

Edward Malinowski was, in fact, a hero who selflessly saved Jews from the Germans, which is confirmed by the testimony of witnesses in the trial brought against him after the war as a result of denunciation to the UB (the Secret Police) by several villagers, with whom he was conflicted. The testimony of witnesses, including the rescued Jews, led to his acquittal.
This is not the first time the authors of “It is still Night” have faced criticism. They have been met with supported and documented accusations of inaccuracies, fabricated details, intentional omissions, falsifications of information, and sloppiness regarding their work.