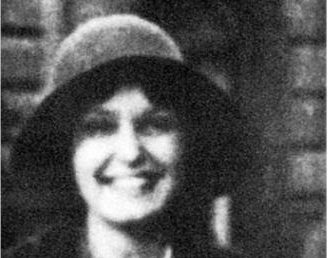 Emilia Malessa, code name Marcysia, survived the War yet committed suicide June 5, 1949.  What led her to that dramatic decision?

Marcysia, a Warsaw Uprising participant and the organizer of one of the most important Home Army task groups – international contact group, was arrested in Krakow in 1945 by the communist Security Agency. While imprisoned, she fell into a trap set up by a Communist/Stalinist security officer Jozef Rozanski, his Jewish name Josef Goldberg. Marcysia’s Home Army superior, Jan Rzepecki,  gave her permission to disclose the names of her contacts and collaborators since he himself had received an assurance from Goldberg, who swore on his honor, that nothing bad would happen to them. After two years in prison Marcysia was released, but viewed as a traitor by her community she took her own life by jumping from a window of one of the Warsaw buildings.

Józef Różański (Polish pronunciation: [ˈjuzɛf ruˈʐaɲskʲi]; b. Josek Goldberg;[1] Warsaw, 13 July 1907 – 21 August 1981, Warsaw) was a Officer in the Soviet NKVD Secret Police and later, a Colonel in the Ministry of Public Security and Intelligence of Poland. Born into a Jewish family in Warsaw,[1] Różański became very active in the Communist Party of Poland before World War II. He joined the NKVD following the Soviet invasion of Poland and after the war, adopting the name Różański, served as an Agent with the Polish Communist Security apparatus (Urząd Bezpieczeństwa).

Różański was personally involved in torturing and killing dozens of opponents of the Polish People’s Republic, including anti-communists.[1][2] and “Cursed soldiers“. He gained notoriety as one of the most brutal secret police Officers in Warsaw.[1] Różański personally administered torture to Witold Pilecki, one of the most famous “Cursed soldiers” and the only individual who willingly went to Auschwitz Camp. Pilecki revealed no sensitive information and was executed on May 25, 1948 at Mokotów Prison by Sergeant Smietanski, the “Butcher”.[1][3][4]
previous post