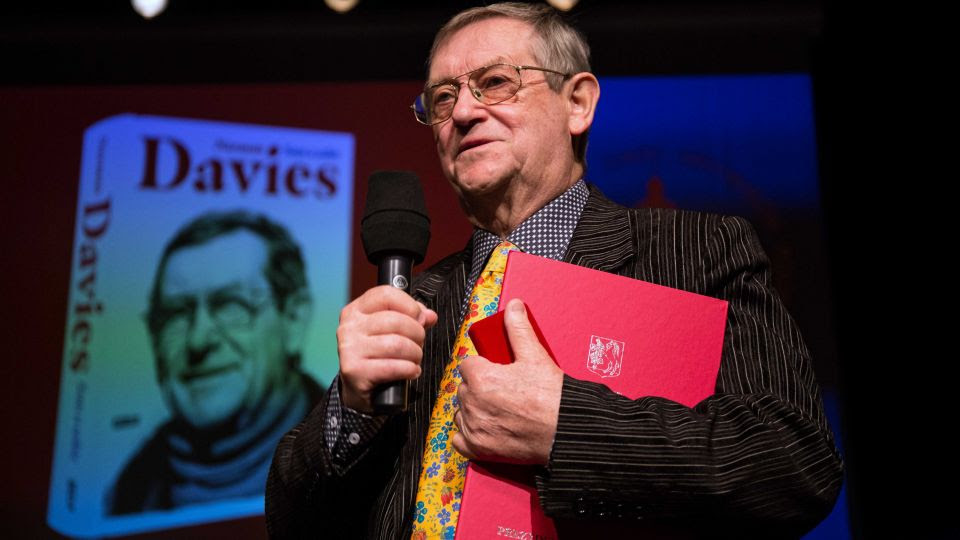 80-year-old historian Norman Davies described in his recently released 800-page autobiography the way professor Yehuda Bauer was teaching young British historians how to deal with the Holocaust. In 1974, prof. Bauer met with over 30 historians in Israeli embassy in London instructing them that the triad „perpetrators-victims-bystanders” should be used to describe people involved in the Holocaust. The term „bystanders” was reserved for the Poles. Any mention that the Polish nationals were also victims during WWII was denied.

“It was a closed meeting for professional historians. Yehuda Bauer, an Israeli historian, was the top speaker. It was supposed to be a workshop on how to teach about the Holocaust. The beginning of the large action to promote knowledge about the Holocaust in the world. The scheme presented by prof. Bauer was clear: there were perpetrators – Nazis (not Germans), victims – only the Jews and bystanders – Poles”, Professor Davies told the Dziennik Gazeta Prawna daily in an interview published on Monday.

Professor Davies said that the Poles were presented as bystanders and no mention of Polish victims and sufferings was allowed: „The supposed result of this meeting was to show that Poland was historically the center of antisemitism and describing Poles as antisemites was justifiable. I was shouted down. I heard: „Sit down!” and „Polonofile!”.”

According to prof. Davies, Poland was inscribed in the scheme in a role of „bystander” and in the 1970s and 1980s it became a dominant narrative.

„Unfortunately this scheme was adopted in the West not just in universities but as common knowledge and it dominates in the WWII narrative,” said Norman Davies.

The Oxford-based historian also described how he was denied a position at Stanford University in unclear circumstances after being completing a selection procedure. After completing all the formalities, he was contacted by the University official and told that he would not get the job.

„After a few weeks, I have been told that the case has to do with Jewish questions, namely with my writing about Polish-Jewish relations,” said Mr Davies.

Norman Davies, born in 1939 in Bolton, is the author of several books about European and Polish history, the best known of them is the „God’s Playground”, first released in 1981.

The original article can be found here: