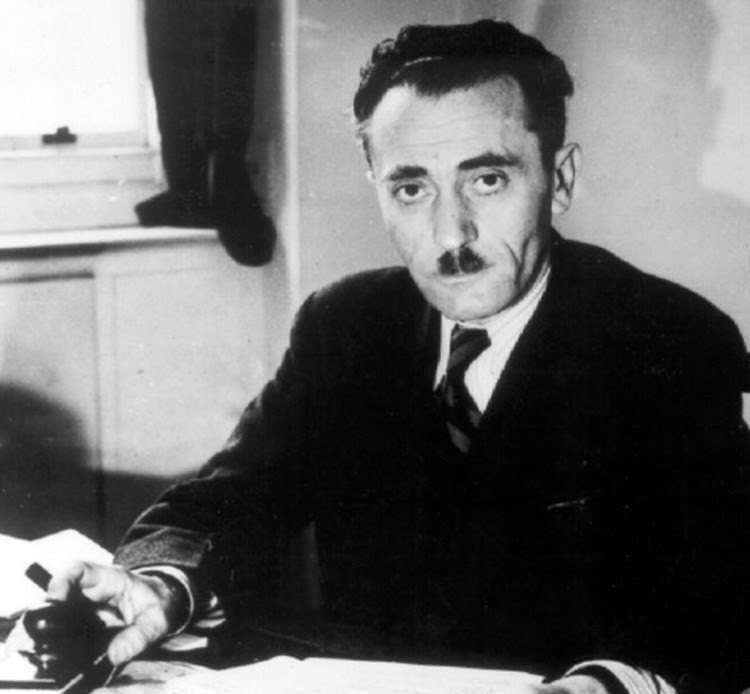 Szmul Zygielbojm was born on February 21, 1895 in the village of Borowica, Poland (then under control of the Russian Empire). Zygielbojm left home for Warsaw when he was 12, but he returned to Krasnystaw at the beginning of World War I and moved with his family to Chelm.

Between the wars
In his 20s, Zygielbojm became involved in the Jewish labor movement, and in 1917 he represented Chełm at the first Bundist convention in Poland. Zygielbojm so impressed the Bund leadership at the convention that he was invited to Warsaw in 1920 to serve as secretary of the Trade Union of Jewish Metal Workers and a member of the Warsaw Committee of the Bund. In 1924 he was elected to the Bund’s Central Committee, a position he held until his death.

By 1930, Zygielbojm was editing the Jewish labor unions’ journal, Arbeiter Fragen (“Worker’s Issues”). In 1936, the Central Committee sent him to Lodz to lead the Jewish workers’ movement, and in 1938 he was elected to the Łódź city council.

German occupation of Poland
After Germany invaded Poland in September 1939, Zygielbojm returned to Warsaw, where he participated in the defense committee during the siege and defense of the city. When the Nazis occupied Warsaw, they demanded 12 hostages from the population to prevent further resistance. Stefan Starzynski, the city’s president, proposed that the Jewish labor movement provide a hostage, Ester Iwińska. Zygielbojm volunteered in her place.

On his release, Zygielbojm was made a member of the Jewish Council, or Judenrat, that the Nazis had created. The Nazis ordered the Judenrat to begin the creation of a ghetto within Warsaw. Because of Zygielbojm’s public opposition to the order, his fellow Bundists feared for his safety and arranged for him to leave. In December 1939, Zygielbojm reached Belgium. Early in 1940, he spoke before a meeting of the Labor and Socialist International in Brussels and described the early stages of the Nazi persecution of Polish Jewry.

When the Nazis invaded Belgium in May 1940, Zygielbojm went to France and then the US, where he spent a year and a half trying to convince Americans of the dire situation facing Jews in Nazi-occupied Poland. In March 1942, he arrived in London to join the National Council of the Polish government in exile, where he was one of two Jewish members (the other was the Zionist Ignacy Schwarzbart. In London, Zygielbojm continued to speak publicly about the fate of Polish Jews, including a meeting of the British Labor Party and a speech broadcast on BBC Radio on June 2, 1942.

His booklet, written in English before his suicide in 1942 and titled “Stop Them Now. German Mass Murder of Jews in Poland”, with a foreword by Lord Wedgwood, was his final attempt to focus world attention on what was happening to Jews in Europe.

I must mention here that the Polish population gives all possible help and sympathy to the Jews. The solidarity of the population in Poland has two aspects: first it is expressed in the common suffering and secondly in the continued joint struggle against the inhuman occupying Power. The fight with the oppressors goes on steadily, stubbornly, secretly, even in the ghetto, under conditions so terrible and inhuman that they are hard to describe or imagine…. The Polish and Jewish population keep in constant touch, exchanging newspapers, views and instructions. The walls of the ghetto have not really separated the Jewish population from the Poles. The Polish and the Jewish masses continue to fight together for common aims, just as they have fought for so many years in the past.