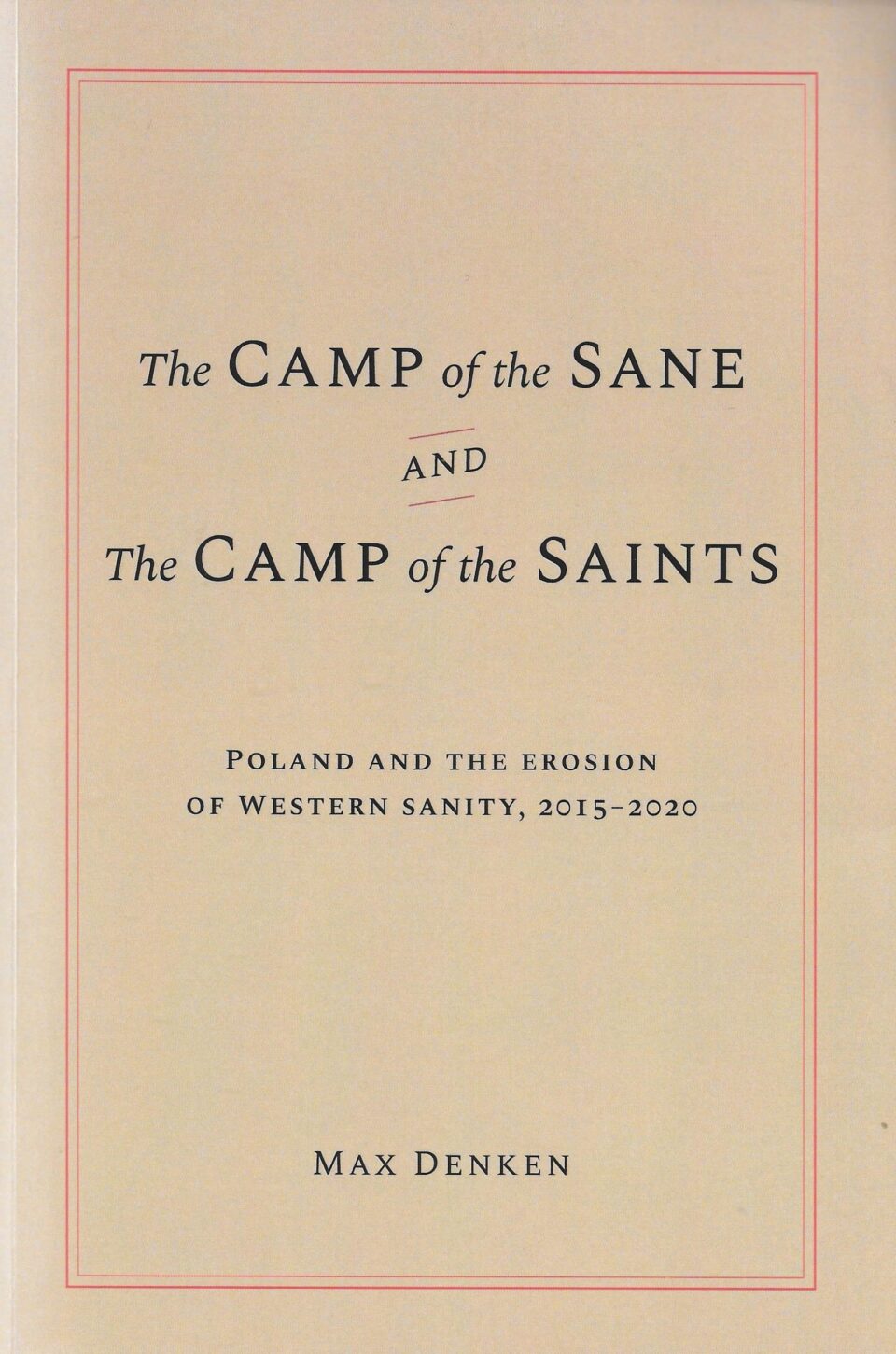 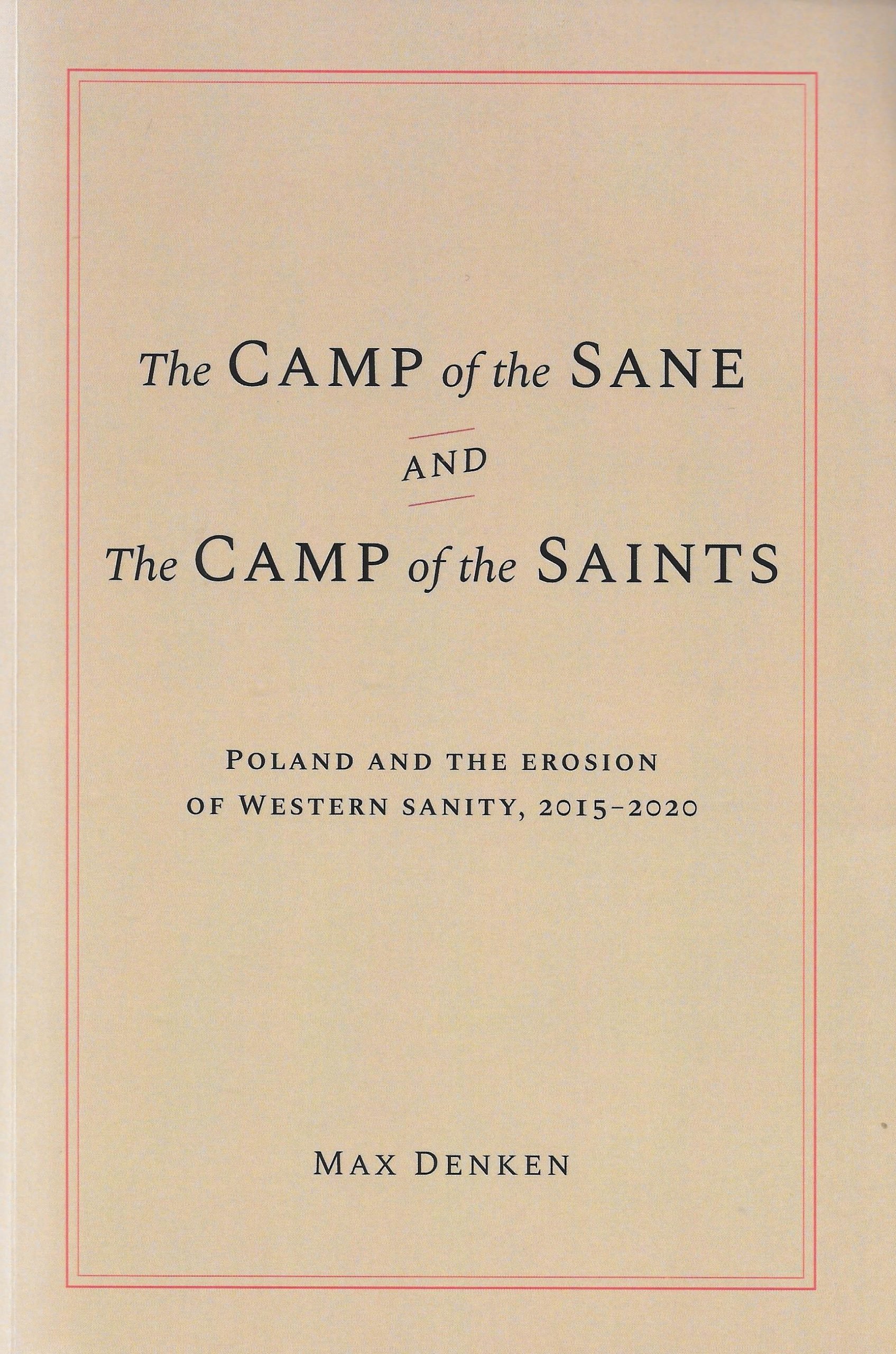 The author is of Polish and Jewish descent. (pp. 448-449). His hard-hitting book examines everything that has gone wrong with Western thinking in the last few decades. The truth needs to be told, but censorship prevails. Author Max Denken reports that no publisher, including a print-on-demand one such as Ingram Spark, would print his work, because they are all committed to a “racial-justice” progressive agenda. (p. viii).

Why reform the judiciary in Poland? Denken cites Polish investigative journalist Jerzy Jachowicz, who said, “‘It is certain that the huge cadre of Communist judges depraved by the [Communist] Security Services, [Communist] Party activists loyal to leftist convictions, is active in courts to this day [and] has transmitted in this quarter century [since 1989] its infection to successive generations of Polish judges. It’s exactly this mixture; experienced Communist judges, with the generation employed in the 1990s and those in the first decade of our century, which has weighed down Polish democracy.’” (p. 89).

The European Commission, essentially a subsidiary of Socialist International and a partner of George Soros, has fought tooth and nail against the Polish government’s attempt to enact basic judicial reform. (p. 89, 427). The Soros tool known as the European Court of Human Rights intervened in the case of a judge dismissed from his post. (p. 165). The European Union has conducted harassment and blackmail (for details, see pp. 170-171).

“Poland’s threat to judicial independence” is another cynical left-wing lie. The problem is the exact opposite. Denken writes, “It’s time to end the kakistocratic kritarchy of leftist judges ruling the West like a seigneurial class imposing its flights of ‘progressive’ fancy on the serfs instead of serving the law. The ‘populist’ governments of Poland and Hungary are in the best position to show that the governments and international bodies that attack them under the bogus pretexts of the ‘rule of law’ and ‘judicial independence’ are themselves the worst offenders to the rule of law and the principle of judges’ impartial application of the law.” (p. 470).

CYNICAL LIES ABOUT A LACK OF MEDIA PLURALISM IN POLAND

The leftmedia has raised a big stink about the PiS government’s alleged infringements on freedom of the press. The farce behind this lie is the fact that a lack of media pluralism exists all right, but it is the exact opposite of the leftist accusations! Denken writes, “German and German-Swiss companies own 75% of the press titles in Poland. A German quasi-monopoly has existed for a long time, restricting the range of facts, values, and opinions that were available to the Polish media audience. The media reflect the German concepts of ‘democracy’, ‘freedom’, ‘European values’ and ‘civic society’, not the Polish ones.” (p. 72).

Much of this book focuses on forced immigration. This is an intentional attempt to dilute white-majority cultures. There are ongoing complaints that Poland “will not accept immigrants”, even though she has already accepted 1.2 million Ukrainians. (p. 96). These do not count.

Max Denken comments, “Cultural Marxism has won where Marxism has failed by substituting ‘equity’ for the races, genders, and other ‘oppressed’ group identities for the earlier goal of equality of the classes.” (p. 372).

The author adds that, “Having survived the iron hand of the Soviet Union, these most recent European Union members are unhappy with EU’s iron hand that imposes on them a Cultural Marxist, Sorosian ‘open society’ agenda of feminism, genderism, ‘gay’ rights, ‘hate speech’ and secular humanism–all the while smothering the rights and traditions of the peoples’ majorities and converting these majorities into minorities through massive importation of the most alien aliens from the Third World.” (p. 407).

STANDING UP TO THE CULTURAL MARXISTS

Denken summarizes the fighting-back conducted by central Europeans, “The eastern, sane quarter of Europe is the only area in the world where nations are bold and determined to survive enough not only to stand up to the EU’s suicide-by-‘migrants’ scheme but to bar Islam from gaining official state recognition (Slovakia 2016), to celebrate their Christian religion and culture (Poland, all the time), to take on the West’s arch-saboteur George Soros and win (Hungary, continuing), to refuse to bend to the ‘gender equity’ or ‘gender theory’ Western mania (Poland, continuing), and to expose and banish the Cultural Marxist tools of intellectual and moral m, as Hungary has done by banning ‘Gender Studies’ in 2018 and withdrawing in 2019 from the bearded shemale and gay bacchanalia parade know to 180+ millions of adoring European fans as the Eurovision Song Contest”. (p. 473).

The facts are clear, “The great majority of the hateful reshaping of history, libel, and obloquy rained on Poland originates from the Jewish-American community, or is at least financed by it.” (p. 357).

This extends to some Israeli Jews. Denken comments, “But [Ofer] Aderet is by no means alone. Dozens of Jewish and Israeli opinionators have engaged in libeling Poles in a polonophobic equivalent of gross antisemitism. Israeli journalist Lahav Harkov…Harry Maryles…Ruderman Family Foundation…Abner Mikva.” (pp. 205-206).

The Jewish aggression against Poland backfires. Denken notes that, “Every time a Jan Gross ‘New History’ maven or ‘mother’s milk antisemitism’ Jew like Israel Katz opens his mouth, 30 new anti-Semites are born in Poland who weren’t there before.” (p. 354).

We are seriously told to believe that Germany has “repented” of her crimes, and therefore Jews are now free to go after Poland. After all, Poland has not repented (for what??) Denken will have none of this schlock. He writes, “Germany has not even ‘worked through’ its Holocaust of the Jews, its sincere efforts notwithstanding, let alone its Holocaust of the Slavs of whom it murdered at least 27 million and for which it has made no amends. If ‘working through’ stands for Germany’s intensive efforts to offload the blame for the Jewish Holocaust onto Poland, to consign its Holocaust to a black hole of memory, or to erase the German nation under a flood lf alien barbarians–that’s not a truthful label for such a process…And Jews bludgeoning all and sundry with accusations of antisemitism, ‘complicity’, etc., while refusing to acknowledge either the Eastern European ‘Zydokomuna’, or to own up to their current massive centrifugal activism in the countries where they live, points to a similar stage of arrested digestion of history.” (pp. 231-232).

DEFAMATION OF POLAND AS A PRELUDE TO SHAKING HER DOWN

The author characterizes Senator Ben Cardin, who is closely aligned with AIPAC, as follows, “Not unlike other super-liberals–Jewish ones more than others because of long mutual animosity–Cardin is an enemy, fomenting EU-style libel and misinformation about Poland in order to further Jewish interests…The ‘historical revisionism’ accusation, too, was a Jewish battering ram for softening Poland to the claims of loot-seeking Jewish interests represented by Cardin. He was referring to the anti-defamation law passed by the Polish parliament and signed into law by President Duda.” (p. 180).

Denken shows an excellent grasp of this subject as he writes, “Jewish institutions, primarily through WJRO [World Jewish Restitution Organization] have been blackmailing Poland via a captive US Congress and US government officials in order to collect ‘restitution’ for Jewish property either taken by the Nazis or confiscated by the commies, said property being heirless and having neither any evidence of title nor any connection to the institutions pressing for the ‘restitution’, though they would be collecting the windfall.” (p. 436).

Author Denken is also unimpressed by Jewish attempts to rewrite, ex post facto, the property succession laws, based upon the newly-discovered presumed special-ness of the Holocaust. He comments, “Jewish demands upon the Polish state channeled through the United States Senate, voice Jewish tribal interests, ipso facto asserting uniqueness and superiority over the interests of other, similarly affected ethnic groups in Poland. They are therefore discriminatory and in violation of both the United States’ and Poland’s constitutions.” (p. 437). Well said!

Denken hits the nail right on the head as he comments, “The Germans built Auschwitz in 1940 to hold Poles, not Jews. They tested Zyklon B on 200 Poles and 650 Soviet POWs before ever using it on Jews.” (p. 326).

With reference to Polonophobe Jonathan Brent, Denken rather trenchantly writes, “He refers to a ‘narrative of Polish victimhood in World War II’ as though it were an invented tale like the one blaming Poles for the German Holocaust or any of some 20 other lying ‘narratives’ such as ‘white privilege’, ‘white fragility’, and ‘unconscious racism’ with which his academic peers have infected the minds of European-origin people.” (pp. 347-348).

There are various ways of minimizing the scale and the significance of non-Jewish suffering. Denken writes, “Most popular sources cite the number of Hitler’s non-Jewish civilian victims in Europe at between five and seven million. This is a gross and offensive fiction. Even if the Soviet-Russian figure cannot be validated objectively, even if we reduce it by 20%, it still leaves 20 million Slav victims…” (p. 331).

To order copies of the book, send an email to  info@campsane.com.