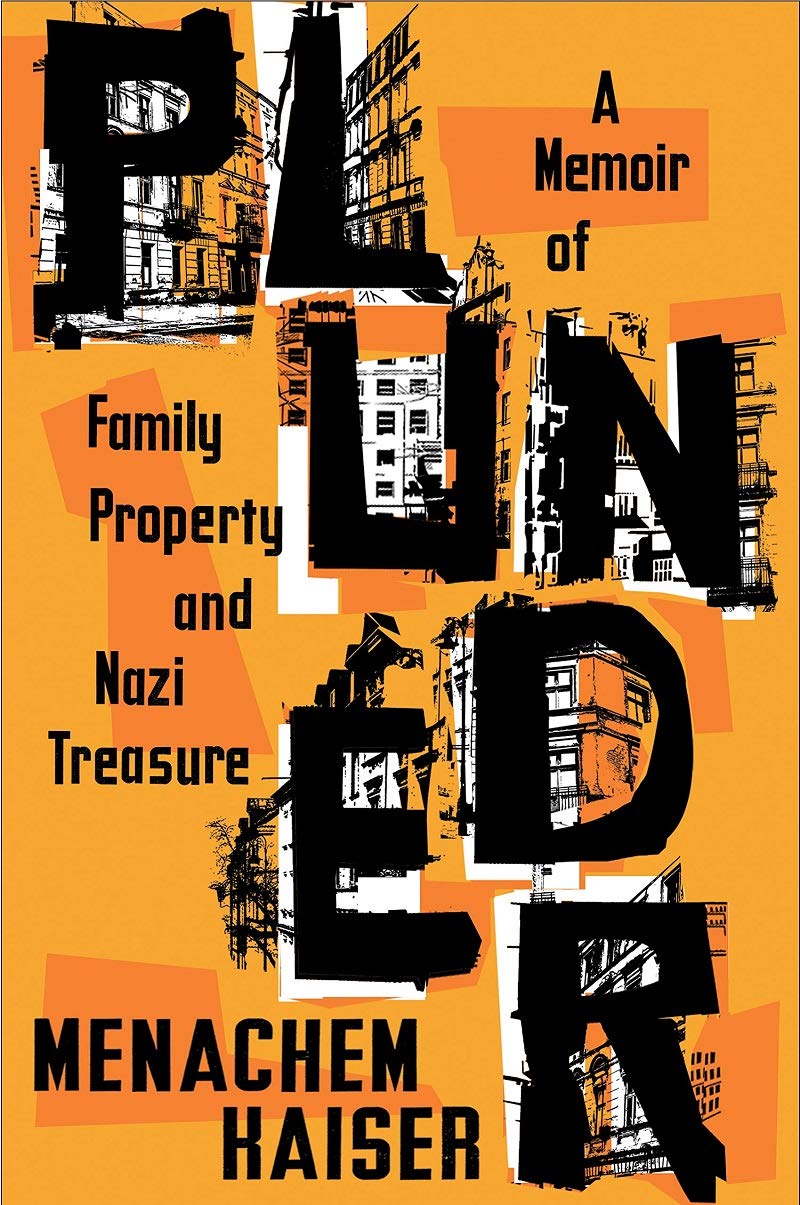 Plunder: A Memoir of Family Property and Nazi Treasure

The author is the legitimate heir (p. 170), making an inheritance claim (p. 76), regarding his grandfather’s onetime home in Sosnowiec, Poland. He has (so far unsuccessfully) been pursuing restitution claims from Poland through legal means. The passage of time has caused endless problems. For instance, it turned out that the building at 12 Malachowskiego Street, which Kaiser had long thought had been his grandfather’s, had actually been built in 1955. It turns out that, when the new block of apartment buildings, 10-18 Malachowskiego Street, was being built, the addresses of the pre-existing buildings had been bumped up. (p. 165). On and on it goes…

The author also discusses the Jewish forced laborers at the Riese tunnel complex. However, my review is limited to the situation involving Poles and Poland.

Now both the author and the book are being promoted by the WJRO (World Jewish Restitution Organization). Owing to the fact that the book enjoys some popularity, it can be used to promote something other than individual restitution through legal channels–namely the massive, extralegal, politically-driven extortionist efforts of the Holocaust Industry with regards to onetime heirless Jewish property in Poland. So, in this respect, the effort is a bait-and-switch.

The title of the book itself, Plunder, is a bit misleading if not Orwellian. It does not clarify who engaged in the plunder, and invites the reader to juxtapose Poland with Nazi Germany.

RESTITUTION FOIBLES: VALID OWNERSHIP OF THE PROPERTY OF MURDER VICTIMS

Back to reality. Kaiser knows, or should know, that there are property-succession laws that deal with the future ownership of the properties of murdered victims. The fact that the original owner is no longer alive to sell his property is immaterial.

Menachem Kaiser raises some pointed questions, but never answers them. He asks, “Sometimes the conversation can take on a regrettable tone: occasionally the greedy foreign Jew will show up in cartoons or political sloganeering, hungry to take advantage of his historical ‘windfall’. But there are legitimate questions of costs, responsibility. (Is this Poland’s problem? Why shouldn’t Germany be responsible? What about Jewish property that had been nationalized by the Soviets?) and of logistics (How best to enable lawful reclamation? Avoid abuse and fraud? What about statutes of limitations?).” (p. 77). All good questions.

When confronted with the fact that countless people (not only Jews) lost their property under Communism, Kaiser answers, “Many people, I know. But the claim we have on the building isn’t competing against any other claim… This isn’t a zero-sum game. The fact that many people suffered an injustice shouldn’t mean that justice should be denied to all. Why shouldn’t our claim be honored?” (pp. 73-74).

When Kaiser finally found the actual apartment that once belonged to his grandfather, he commented, “The people who lived here had, even if indirectly and unwittingly, benefitted from the wholesale murder of my family, were continuing to benefit from the wholesale murder of my family.” (p. 172). However, millions of non-Jews had also been murdered during WWII, and you could say exactly the same “benefitted” and “continued to benefit” things about all the new owners of their properties!

Unlike most other Jewish authors, Menachem Kaiser does not spend much time attacking Poland. However, he is not above doing so. He brings up the emotional stock phrase, “Polish complicity” (p. 52, 100) without ever defining the term. When the judge ruled against Kaiser’s relatives being declared dead, Kaiser immediately accused her of having an agenda, and his father invoked (what else?) anti-Semitism. (p. 175). Other Jews have similarly disparaged Polish courts for not giving them what they want. (p. 30).

Kaiser editorializes about matters not relevant to the contents of his book. He runs down PiS, “…the government passed a series of laws that threatened to undermine the basic independence, integrity, and functionality of the Polish judiciary.” (p. 100). Baloney. It was about long-overdue judicial reform. Kaiser’s portrayal of the Polish Anti-Defamation Law (p. 100) is no better.

Kaiser frankly acknowledges what most Jews thought of Poland. He comments, “All this moral waffling, I’ll be honest, runs counter to how I was raised, to the tenet I received if not explicitly (but often explicitly) then by osmosis: the Poles were (are) our enemies. The Poles who saved Jews were the exception but your average Pole was–at best–perfectly content to see Jewish neighbors carted off to the ovens. If you want to split hairs you might say the Poles were not the killers (but still sometimes the killers) but the abettors of the killers. MY FATHER TELLS ME THAT MY GRANDPARENTS HATED THE POLES MORE THAN THE GERMANS. That they routinely referred to the country as a country of filth and murder, to its citizens as brutes and scum.” (pp. 78-79. All-caps emphasis added). There is, of course, not a shred of evidence to support the oft-repeated slanderous accusation that Poles were happy to see Jews murdered. The other innuendo speaks for itself.

With all the endless whining about Polish antisemitism, one must ask this question: With the kind of racist Jewish attitudes exhibited in the prior paragraph, is it any wonder that some Poles returned the hatred and were anti-Semitic?