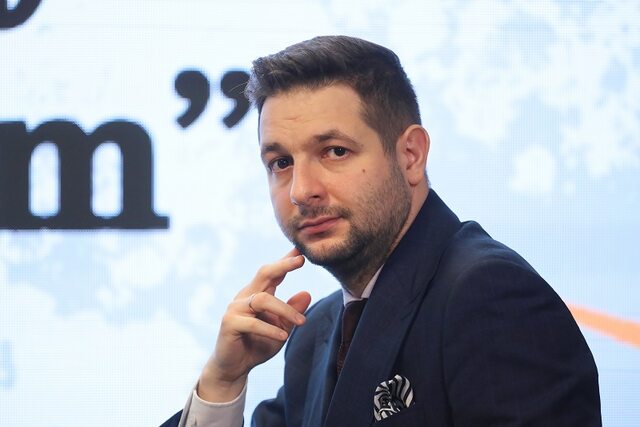 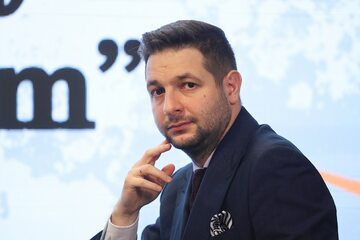 “Poland should react to such attacks with full firmness. If it were up to me, I would tell them [Israeli politicians] that their statements fit into the narrative of a historical lie, which we will no longer tolerate,”  says Patryk Jaki, MEP of Law and Justice, in an interview with the DoRzeczy.pl portal. MEP Jaki refers to the official statements by Israel’s Embassy in Warsaw, as well as Israeli Foreign Minister Yair Lapid, both critical of the amendment to the Code of Administrative Procedure passed recently by the Sejm of the Republic of Poland

Fragments of the interview

Do you think the position of Israeli politicians is dangerous for Poland?

It seems that it had little to do with diplomacy; these were untrue and brazenly offending words. Poland should react to such attacks with full firmness. If it were up to me, I would tell them that they fit into the narrative of a historical lie that we no longer allow. The time has passed when Poland would be walked all over, and our nation’s fate could only be talked about to the extent permitted by the USA and Israel. We must start speaking openly about Poland’s role during World War II and in the post-war period. It just so happens that the Poles, who defended the Jews the most of all nations, paid the highest price for it. If we were to pay Israel today, it would go beyond the bounds of insolence. The Third Reich destroyed the real estate they were demanding. To this day, Germany pays Israel huge amounts of money, and we get nothing from them. With enormous effort, Poles rebuilt these properties despite our country being plundered, and a huge part of the population was murdered. Also, the owners of the properties mentioned above were people of Jewish ethnicity and simultaneously citizens of the Second Polish Republic. Let me remind you that in 1939 Polish rabbis issued an appeal to the Polish Jews to defend their country.

After World War II, Poland was a weak country, dependent on the Soviets for 50 years. In the Third Polish Republic, most of our political elites boasted about the pedagogy of shame. They kept talking about Jedwabne and some negative aspects of Polish history and did not expose the positive ones. It is hardly surprising that other countries have taken advantage of this, as history is an arena for international competition. The time has come to take this fight seriously. One should definitely react when a group of politicians in Israel plays a polonophobic tune. We need to be more assertive. The mistake of the Polish state was that we caved in on the Act on the Institute of National Remembrance in 2018, even though it only contained a provision that our country must not be slandered internationally. Israel and many other Western countries have exactly the same law. It seems they are allowed more. And I would like to ask: why?

More information about the amendment passed by the Polish Parliament and about the Israeli politicians’ statements can be found here: