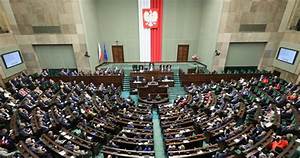 On Thursday, June 24th, the Sejm of the Republic of Poland passed an amendment to the Code of Administrative Procedure, according to which, inter alia, after the lapse of 30 years from the issuance of an administrative decision, it will not be possible to challenge it. In the vote in the Sejm, 309 deputies supported the amendment, no one was against it, and 120 abstained.

The amendment results from the necessity to introduce the judgment of the Constitutional Tribunal into the system of applicable law. “On May 12, 2015, Poland’s Constitutional Tribunal ruled that there must be a deadline set, after which faulty administrative decisions could no longer be challenged. It assessed that a situation where an administrative decision issued in gross violation of the law could be annulled without any time limits was inconsistent with the principle of the rule of law in a democratic state.”

In its statement, the Ministry of Foreign Affairs of the Republic of Poland explained:

“The adoption of the act by the Sejm of the Republic of Poland in connection with the implementation of the judgment as mentioned above of the Constitutional Tribunal is a legal consequence of the judgment and is the authorities’ responsibility. According to the issued judgment of the Constitutional Tribunal, the legislator established a time limit for seeking a declaration of invalidity of administrative decisions. The adopted act introduces a statute of limitations of 30 years in which it is possible to declare an administrative decision invalid because it was issued in gross violation of the law.”

“The amendment to this law is based on the need to ensure citizens’ trust in the state and to implement the principle of legal certainty. The possibility of challenging public authorities’ decisions cannot be unlimited in time. Such a situation creates uncertainty as to the existing legal relations and gives the impression of a temporary decision,” informs the Polish Ministry of Foreign Affairs.

Shortly after the bill’s passing, Israel’s Embassy in Warsaw released a statement in which it criticized the amendment.

“The currently proceeded change to the administrative bill will, in essence, prevent the restitution of Jewish property or application for financial compensation by Holocaust survivors, their descendants, and the Jewish community for whom Poland was home for centuries. This is incomprehensible,” the embassy wrote.

“This immoral law will undermine the relations between our countries.  We seriously approach attempts to prevent the restitution of property stolen from Jews in Europe by Nazis and their collaborators to their rightful owners,” it added.

Israeli Foreign Minister Yair Lapid also strongly criticized the new law, with his statements on the matter covered in the Israeli paper The Jerusalem Post.

The embassy’s statement and Lapid’s comments caused an avalanche of critical comments on social media.

Poland’s Deputy Minister of Justice, Sebastian Kaleta, explained in the interview for the webportal wPolityce.pl what the new amendment to the bill actually entailed and what its aims were.

“The bill is meant to restrict the period for applying for restitution claims. When it comes to not completing processes due to the lack of pre-war inheritors to the so-called heirless property, the bill is meant to amortize them. For millions of Poles, this will eliminate the time of eternal uncertainty about whether a real or (as it has sometimes happened in Warsaw), fake heir or curator will appear to make demands to their home, school, or piece of land,” he said.

Kaleta believes that “Israel is conducting policy which is meant to force Poland to pay for the property of Polish citizens who did not leave behind descendants and died as a result of the Holocaust conducted by Germany.”