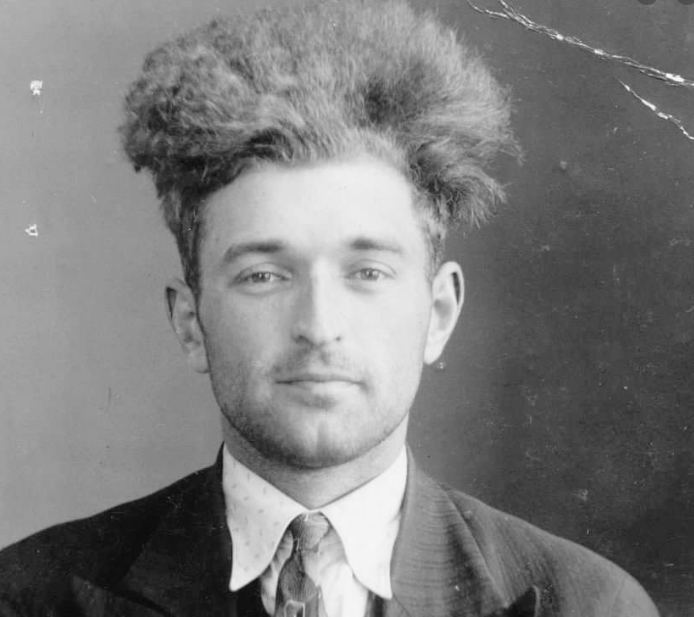 The Henneicke Column was a group of Dutch Nazi collaborators working in the investigative division of the Central Bureau for Jewish Emigration (Zentralstelle für jüdische Auswanderung), with headquarters in Amsterdam, during the Nazi Germany occupation of the Netherlands in World War II. Between March and October 1943 the group, led by former auto mechanic Wim Henneicke and Willem Briede, was responsible for tracking down Jews in hiding and arresting them. The group arrested and “delivered” to the Nazi authorities 8,000-9,000 Jews. Most of them were deported to Westerbork concentration camp and later shipped to and murdered in Sobibor and other German extermination camps.¹

The bounty paid to Henneicke Column members for each captured Jew was 7.50 guilders (equivalent to about US $4.75). The group, consisting of 18 core members, ended its work and was disbanded on October 1, 1943. However, the Column’s leaders continued working for Hausraterfassungsstelle (Central Bureau for Jewish Emigration), tracking down hidden Jewish property.

Before Nazi Germany retreated from the Netherlands in May 1945, Wim Henneicke was assassinated by the Dutch resistance in December 1944 in Amsterdam. Willem Briedé escaped the country and settled in Germany. In 1949 he was tried by a Dutch court in absentia and received the death penalty. The sentence was never carried out; Briedé died of natural causes in Germany in January 1962.

The history of the Henneicke Column was researched by Dutch journalist Ad van Liempt, who in 2002 published in the Netherlands A Price on Their Heads, Kopgeld, Dutch bounty hunters in search of Jews, 1943.²

The following list is incomplete. In total there were 53 Dutch and one German working for the Column: