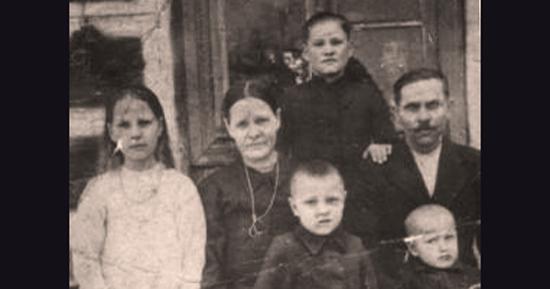 Many of us are already familiar with the tragedy of the Ulma family. Unfortunately, there were many more such tragic cases during the Second World War. On December 6, 1942, the Germans committed a horrific crime in the cities of Rekówek and Stary Ciepielów. Because they had helped Jews, the Kowalski, Kosior, Obuchiewiecz and Skoczylas families were burned alive. 3 people, including 20 children, were killed in this way. The Germans showed no mercy, even for the smallest ones. The youngest of the children was only 7 months old when burned ..

At the end of November 1942, the Germans decided to eliminate the remaining small Jewish self-defense units, as well as fugitives from the surrounding ghettos, hiding in the forests of the Starachowice Poviat. From the people captured during the raid, the Germans obtained information about Polish families living in the vicinity of Ciepielów who had helped Jews. Local German commanders then decided to conduct a demonstrative repressive action.

The course of the crime in Stary Ciepielów and Rekówka was bestial. Germans drove whole families into one building (barns or farms), where they were executed by shooting. Not all shots were accurate enough to kill. Some people – especially young children – survived. However, the Germans found a solution to this “problem” – the buildings in which the murders took place were then set on fire. In this way, those who miraculously survived the execution died in the fire.

There are reports of two children who managed to escape from burning buildings. Unfortunately, they were captured by the Germans during the escape, shot, and their bodies thrown back into the burning buildings.

On December 6, 1942, the Kowalski, Kosior, Obuchiwiecz and Skoczylas families were almost completely wiped out. A total of 33 people were killed, including 20 children.

The crimes in Stary Ciepielów and Rekówka were part of a wider repressive action aimed at intimidating local people and discouraging them from helping Jewish fugitives.

By order of the President of the Republic of Poland Lech Kaczyński of October 19, 2009, the Kowalski, Kosiorów and Obuchiewicz families from Stary Ciepielów, as well as the Kosiorów family from Rekówka, were posthumously awarded the Commander’s Cross of the Order of the Rebirth of Poland.

The original article, in Polish, can be found here:
http://niewygodne.info.pl/artykul8/04161-Straszliwa-zbrodnia-w-Ciepielowie-i-Rekowce.htm

In Support of The Polish Ambassador to Ireland by Stefan Komar