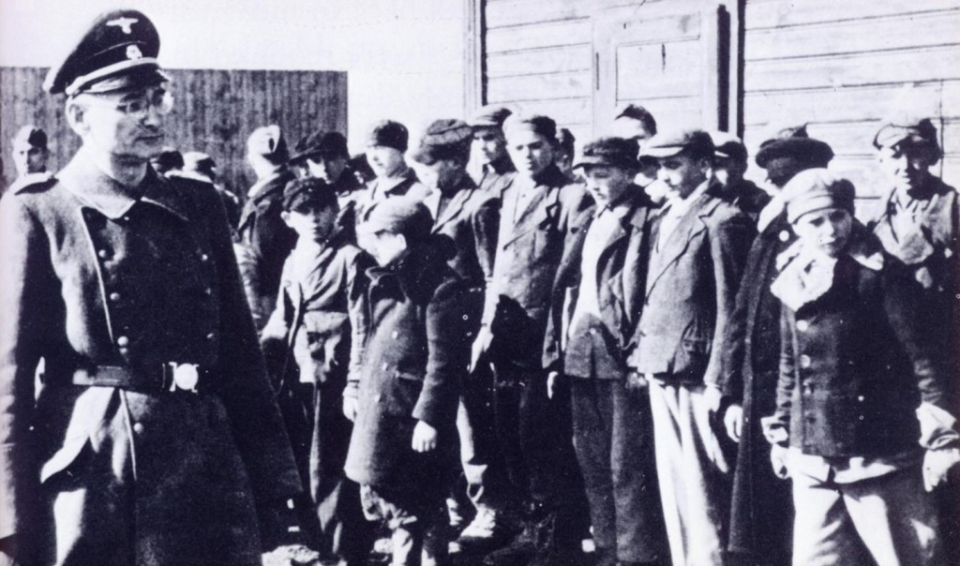 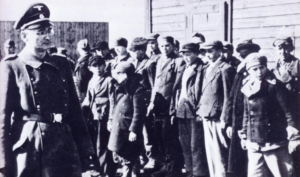 The concept of establishing a camp for Polish children appeared as early as in the summer of 1941. Its originator was the head of the National Youth Office (German: Landesjugendamt) in Katowice, Alvin Brockmann. The chief inspector of German concentration camps, Oswald Pohl, became interested in the project, and on November 28, 1941, obtained the approval of his superior Heinrich Himmler. The positive opinion of the lawyer of Dr. Hans von Muthesius, pointed to “the need to isolate minor Poles and educate them through work so as not to demoralize German children.” The example was the camp for underage Germans in Moringen (Mohringen / Solling) in Lower Saxony, which had been operating since 1941, where young people from Czechoslovakia and Poland were also imprisoned.

The first prisoners in the Łódź camp were registered on December 11, 1942, although it officially began operating ten days earlier. Its official name was the Preventive Security Police Camp for Polish Youth in Łódź (German: Polenjugendverwahrlager der Sicherheitspolizei in Litzmannstadt).

The Germans most often regarded the children imprisoned in the camp as the offspring of “dangerous bandits,” which meant that their parents or guardians belonged to the resistance movement. The occupier also used the unauthorized term “anti-social element,” which corresponded to the German Asoziale. The term referred to hard criminals and vagrants, street traders, hooligans, thieves, and even “free riders” and people who did not respect the curfew and avoided work. Children with slight mental or physical disabilities were also sent to the camp. Among the inmates, there were also offspring of people who had not acquired German citizenship or were Jehovah’s witnesses. Sometimes the mere threat of sending a child to a camp prompted the parents to sign a German nationality list, which delayed the deportation procedure. Juvenile Poles were also transported to Łódź from the German educational institution in Grodków (German: Grodcov) in the Opole region. These boys knew German well, were disciplined, and therefore often held room or block supervisory positions.

The Germans planned that the camp would hold two thousand prisoners at a time, but the highest number of registered inmates, 1,200, was recorded in the summer of 1944. In general, prisoners aged twelve to sixteen were to be sent to the camp, but practice showed that more and more often several-year-old children were included in the transports, and some of them required constant care. The youngest ones were looked after by female prisoners who guarded the building known as the isolation room or “home for small children.”

The camp served mainly as a “huge sweatshop”; therefore, the primary duty of the inmates was to support the German economy and the army with their labor.

The several-hour work in the camp was beyond the childrens’ strength. They performed their exhausting labor under stress, in appalling conditions, were often beaten, starved, and humiliated continuously by the staff supervising them. Even in sleep, they could not rest, because the rooms of the buildings and barracks were cold, the bunks were overcrowded, and the lack of adequate sanitation resulted in skin diseases and a lice and flea plague. Additionally, at the beginning of 1944, a typhus epidemic broke out in the camp. Death was also caused by hypothermia and starvation. Flogging, which was a permanent element of the camp regime, was also used. Children whose work was viewed as inadequate were branded with a red cross painted with oil paint on the back of the outer garment and directed to the so-called penal company, where there were reduced food rations and where their work included demolition of houses, tarring roofs, cleaning latrines and tamping camp alleys.

The smallest children were sent from the Łódź camp to the German Germanization centers Lebensborn in Ludwików, in Puszczykowo and to the so-called Gaukinderheim in Kalisz. Sometimes older children were transported to other labor centers, such as the camp in Potulice, or when they turned sixteen, they were then sent to German concentration camps, e.g., to Gross-Rossen, Ravensbrück or Auschwitz-Birkenau.

The last day of the camps operation was January 18, 1945. There was no rollcall then, and none of the guards chased the children out of the barracks. The camp’s personnel hurriedly got into the truck and left the facility. After their departure, the main gate from ul. Przemysłowa remained open. The Red Army was rapidly approaching Łódź; its subunits marched into the city the next day. Only a few hundred children, weakened by hunger, disease and freezing, were found in the deserted camp. Two hundred of them, as orphans, remained in Łódź for the following years.

Here is a documentary about the camp. Facebook initially blocked the documentary, but after many complaints, the movie was unblocked. See it before it’s blocked again.
On Facebook (in English)
https://www.facebook.com/1431158940228967/videos/403287200765186