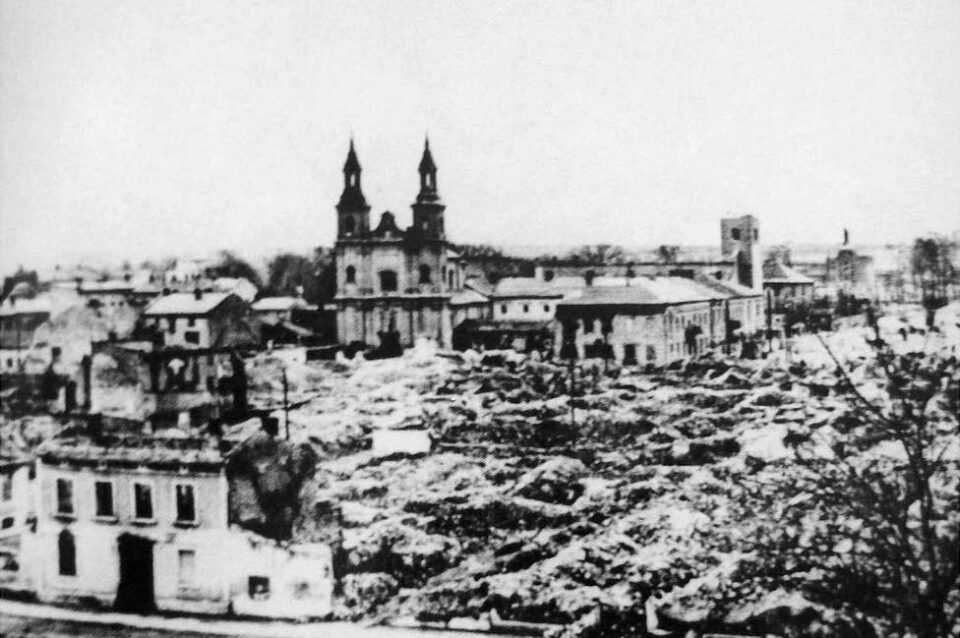 ONLY IN POLAND
DURING WORLD WAR II

1. Only Poland never capitulated, never surrendered to the invaders and fought from the first to the last day of the war.

2. Only Poland has never formed a collaborative government, as was the case in other German – occupied countries.

3. Only in Poland have there never been armed troops cooperating with Germany, which was the case in all other European countries – also those not occupied by Germany and even those fighting against Germany.

4. Only in Poland was there an Underground State – a unique phenomenon on a global and historic scale.

5. Only Poles despite the occupation of their territory, set up a completely voluntary 650,000 person army – 400,000 Home Army (AK) soldiers and 250,000 fighting at the side of the Allies. Armies in other countries were recruited mainly from compulsory conscription.

6. Only in Poland did Germany implement its plan to completely murder the entire Polish intelligentsia.

7. Only in Poland did street roundups take place – the hunting down of people – where those caught were sent to slave labor or death camps.

8. Only in Poland were street executions carried out to terrorize the population.

10. Only in Poland as a result of the German occupation, 22.2% of its population lost their lives, which resulted in the largest population loss of any country in the world – compare with: 0.8% Belgians, 1.5% French and 0.8% English.

11. Only in Poland did the Germans plan and to a large extent, realize eradicating the Capital City from the face of the earth.

The relationship of the Underground State to the Jews

12. Only in Poland did no institution of the Polish State participate in the extermination of Jews.

13. Only in Poland was an institution of the Underground State established providing help to the Jews – Żegota.

14. Only in Poland did the Underground State prepare a report documenting German persecution of Jews.

15. Only the Government of the Republic of Poland appealed to the Allies for help for the Jews in order to protect them from extermination, which it itself could not prevent.

16. Only in occupied Poland did the Germans introduce the death penalty to anyone – including his/her family – for even the slightest help offered to Jews.

17. Only in Poland did the Underground State punish individuals by death for any extortioner/blackmailer of Jews (szmalcownik) who were in hiding.