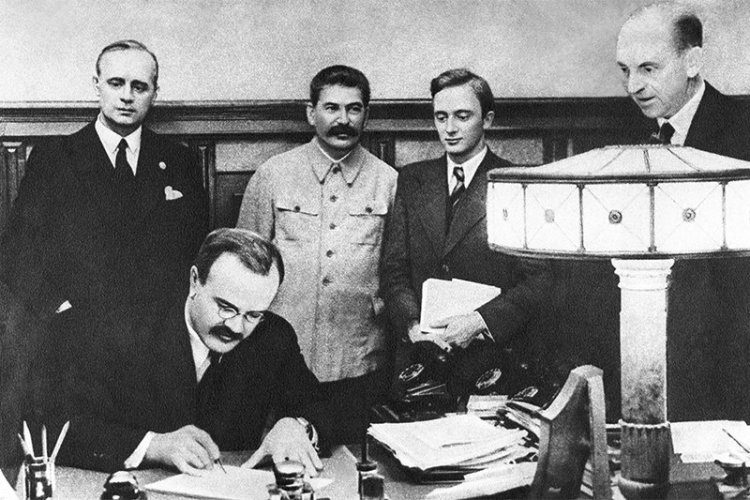 Bad as World War II and all its horrors were it could have been a lot worse if the Germans didn’t break the Molotov–Ribbentrop Pact.

The impact it would have had if Hitler and Stalin had remained “friends”would have been unfathomable. In all likelihood it might have saved a lot of Soviet and German lives but the outcome for the citizens of the other European nations would have probably been more devastating.

Japan probably would not have allied themselves with Germany and may not have attacked Pearl Harbor.

These of course are speculations stemming from a “what if ?” scenario, the fact is that Germany and the Soviet Union were allies at the start of the war. at a high cost for Poland.

Following are some impression on how that Soviet-German friendship looked like.