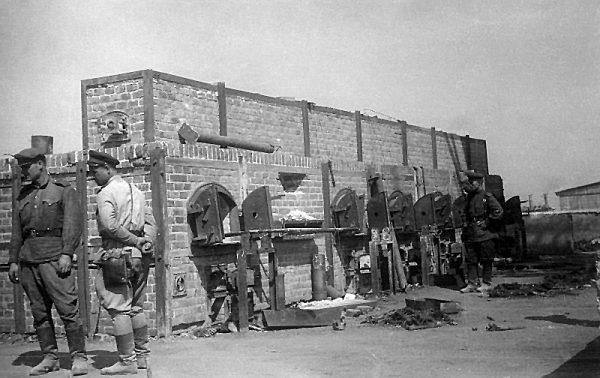 The first NKVD camps were established right after the Red Army entered the eastern territories of the Commonwealth. New ones were created in Lublin Poland. Soon after, the Soviets eagerly used the infrastructure of former German concentration camps, including the most infamous ones, such as Auschwitz and Majdanek. The German death camp at Majdanek, where the Nazis murdered about 80,000 people, was taken over by soldiers of the Red Army on July 23, 1944 and quickly came under the control of the NKVD. Two weeks later, new prisoners were imprisoned there – probably on August 8 officers of the 3rd Infantry Division of the Home Army. Then came more.

The detainees were mainly Polish political activists, members of the independence resistance movement, mainly the Home Army, or people from the Volkslist, e.g. Kashubians and Upper Silesia. There were also soldiers of the pre-war Polish Army, and even … former prisoners of German camps.

The NKVD also adapted churches, hospitals, factory halls and even private buildings for its purposes. Sometimes places of seclusion arose in the middle of nowhere. The prisoners were then kept in beams and turf-covered pits. There were terrible conditions there in autumn. During the rain, the detainees drowned in the water. The camps were often placed as close as possible to the railway lines so that prisoners could easily be moved where needed for forced, slave labor.

One of the infamous places was Warsaw’s Gęsiówka, which during the occupation served the Germans as the central detention center of the ghetto, and later a concentration camp. It is suspected that at the hands of the Soviet security forces about 1,500 lost their lives there.

Living in the camps

Many prisoners of Soviet camps in Poland claimed that living conditions there were much worse than those in similar German institutions. One of the prisoners of the NKVD camp in Sokołów Podlaski recalled:

“The conditions were abhorrent (…) food worse than bad. We slept one on top of the other (…) on a pallet (in former stables) under which horse manure lay. The soup was made from the pond water. In addition to pieces of potato or cobblestones, shells of snails and eyelash floated in it.”

Prisoners were often harassed by guards. Men were robbed, as detailed in a first hand account by Bogusław Koziorowski, a Polish peasant from Sierpc village area, detained by the Soviets in a former German camp in Działdowo:

“One of the Soviet soldiers came to me at night, shone a flashlight, woke me up and told me to go with him. He led me to the basement and, putting the gun to my head, ordered me to take off my shoes and give them to him.”

Women, in turn, were at the risk of rape. Anna Kos was arrested by the NKVD on the charge that she was the wife of a German officer. In fact, she wasn’t even married. The Chekists sent her to a camp in Grudziadz, where, as she reports:

“We were taken to prison cells. There were 40 women there. (…) At night soldiers would come and pick a few girls. One soldier came for me too. He ordered me to follow him. My refusal made him angry and he kicked me mercilessly. I felt it for a long time. When he came for me again the girls started screaming. The scream was so powerful that an officer heard it. He came to the cell and told the soldier to leave.”

Dying in the camps

Mortality in the camps was the result of both poor conditions and the brutality of the Soviet guards. In some cases, Poles were treated worse than German prisoners of war. A prisoner of Rembertów, imprisoned there for about three months, recalled that about 20 bodies were taken out of the hospital barracks every day. The dead were buried outside the camp.

In the camp in Trzebuska, located near the Soviet war tribunal building, prisoners – mainly Home Army soldiers – after being sentenced to death, were transported to a forest in nearby Turza during the night. There they faced a firing squad.

Sometimes, to save the cartridges, the convicts were murdered by having their throats cut. There were also cases of murders using the “Katyn” method – a shot to the back of the head. The number of victims of the camp in Trzebuska was estimated by the Home Army soldiers at up to 500. The executions took place between the third decade of August and the beginning of November 1944.

Death in the NKVD camp in Toszek near Gliwice took a particularly heavy toll. Inhabitants of Silesia and East Prussia were detained there, amongst persons of Polish origin. In Toszek, people often died as a result of hard, slave labor, carried out in the fields with bare hands, without any tools.

Added to this was the guards’ bestiality. There were cases of forcing prisoners to swallow live rodents or frogs, which led to choking to death. About 3.3 thousand were killed in Toszek.

The number of all victims of the Soviet camps in Poland has not been precisely determined to this day.