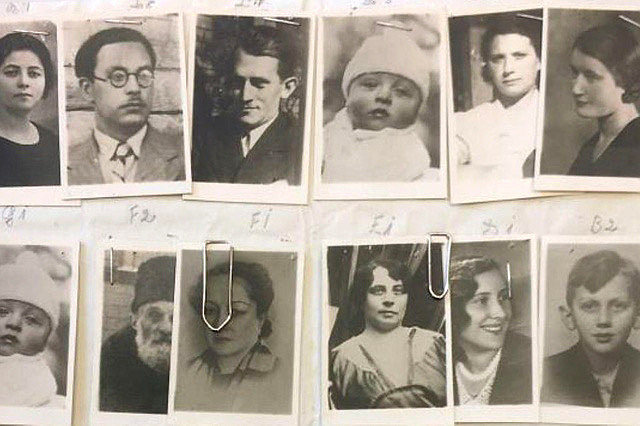 New documents shed light on the massive rescue effort undertaken by the Polish government-in-exile during World War II. It was, to a large extent, orchestrated by unsung hero Ambassador Aleksander Ładoś, despite this ordeal being risky and complicated.

The second floor of the Jewish Museum of Switzerland, located in Basel, has six “memory scrolls” with 3,262 names on them. Those scrolls, put on display for the first time in December, were part of an extensive operation to save thousands of Jews from extermination during the Holocaust.

These were Jews from Poland, the Netherlands, and Germany who were issued fake Latin American passports in Switzerland, thus granting them a chance to get out of Nazi-occupied Europe in exchange for Germans in those countries.

The scrolls are the final phase in a new exhibition on this fascinating story. A similar exhibition opened in Israel at the Menachem Begin Heritage Center in Jerusalem on Dec. 15.

Only 796 of the people mentioned in the scrolls survived the Holocaust, 957 were murdered by the Germans, while the fate of the rest remains a mystery.

According to various accounts, there were others who were issued passports but did not make it to the list. This makes sense because more than 10,000 fake passports were issued.

But what is clear is that Aleksander Ładoś, the Polish government-in-exile’s de facto ambassador to Switzerland, played a crucial role in orchestrating this operation, which ran all through World War II and turned the Polish Legation in Bern (a diplomatic mission similar to an embassy) into the nerve center for saving the Jews worldwide.

Because of his important role as the chief of the mission, the list of names has been colloquially called the Ładoś List. The title Righteous Among the Nations is usually given by Israel’s Holocaust memorial museum Yad Vashem to non-Jews who helped save Jews during the Holocaust, but the organization has so far decided to recognize only one of the employees in the legation during the war: the Polish Vice-Consul Konstanty Rokicki.

Rokicki was the one who wrote down the fake names and other fields in the fake passports so that the Jews could leave. Ładoś, who died in 1963, got a letter of commendation, but the historical documents, revealed in this piece, show the extensive degree to which Ładoś was involved in this massive operation to save Jews, as was the Polish government-in-exile in London.

Hundreds of encrypted diplomatic cables were sent from the legation in Bern to the government-in-exile’s Foreign Ministry in London, to the Polish Embassy in Washington, to Polish missions in New York and Latin American countries, as well as to the Polish consulates in Tel Aviv and Jerusalem, in order to marshal their support for the operation.

(The complete article can be read here):

Norman Davies described in his autobiography how Israeli historian was instructing British scholars to classify Poles as „bystanders” during Holocaust.