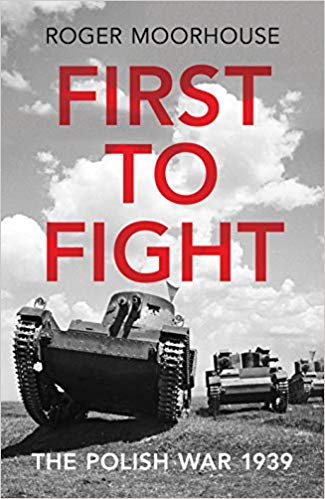 Drawing for the first time on Polish, German and Soviet sources, First to Fight is the definitive history of the German invasion of Poland, which opened the war in September 1939. Roger Moorhouse provides a dramatic narrative of military events, brought to life by a select cast of generals and politicians, soldiers and civilians from all sides. In the process, First to Fight explodes many of the myths that still surround the campaign and challenge our understanding of how Britain and France entered the war.

Did Britain and France assist their Polish ally to the best of their abilities when the German armies crossed the border on 1 September 1939? While they went to war with Germany, why did they not declare war on the Soviet Union when its troops invaded Poland from the east later in the month? And if the violation of Poland had been the reason to go to war in 1939, how could the Western Allies justify handing the country over on a plate to Stalin in 1945?

Published to tie in with the eightieth anniversary of the outbreak of the Second World War, First to Fight explodes many of the myths around what is a shameful chapter in both British and French history, and forensically examines a pivotal moment in the war’s history.