With Poland’s membership in NATO at issue, a question has arisen as to whether America owes a debt to the Polish people for Franklin D. Roosevelt’s having “betrayed” the Polish nation to Joseph Stalin at Yalta.

Undersecretary of State Stuart Eizenstat has lately raised the issue of a moral debt to Poland for the 1945 summit where FDR accepted Stalin’s assurances of free elections. Eizenstat was taken to task by columnist Lars-Erik Nelson for repeating a “50-year-old right-wing slander.” Robert Novak defended the “betrayed” thesis.

Nelson’s point: By 1945 Stalin had 12 million troops in Eastern Europe, and Dwight Eisenhower only 4 million in the West. Conservatives who condemn FDR for Poland’s fate, says Nelson, are joining the “Blame America First” crowd. We couldn’t save Poland!

But, in truth, Yalta was only the final betrayal of Poland, and not only FDR but Winston Churchill bears moral responsibility for a half-century of communist enslavement of the Polish people.

The first betrayal came with the British guarantee to Poland, after Neville Chamberlain was exposed as a dupe when Adolf Hitler tore up his Munich pact and marched into Prague. As Hitler pressed Poland for the return of Danzig, stripped from Germany after World War I, and demanded rail and road transit to the city across a “Polish Corridor” also taken from Germany, Warsaw, encouraged by British Foreign Secretary Lord Halifax, refused even to negotiate. The Poles were assured that if war came, Britain would be at their side.

But when Hitler invaded Poland from the west and Stalin invaded from the east, Britain declared war on Germany alone. Then, the British sat behind the Maginot Line while Poland was crucified. The British had goaded the Poles into standing up to Hitler though they had no plans to save or rescue Poland. Six million Poles would die as a result of having trusted in a British alliance.

The second betrayal occurred at Teheran in 1943, when FDR moved into the Soviet embassy compound and assured Stalin he would not object to his keeping the half of Poland and the Baltic states Hitler had ceded to Stalin in their infamous pact. As Robert Nisbet wrote in “Roosevelt and Stalin: The Failed Courtship,” FDR asked only that word of his concession not leak out before the 1944 elections, so Polish Americans would not react in rage. FDR told one visitor to Hyde Park he was “sick and tired” of East Europeans and their constant clamoring about boundaries and sovereignties.

The third betrayal occurred in the summer of ’44. The Polish Home Army in German-occupied Warsaw, heeding appeals from Radio Moscow, rose up against the Nazis. As the Home Army was loyal to the free Polish government in London, which was demanding an investigation of Stalin’s murder of Polish officers at Katyn, Stalin halted his own Red Army outside Warsaw to give the Nazis a free hand in crushing the Polish uprising.

British and Americans sought to aid the Poles with air drops of food and munitions. But Stalin refused to let the allies use air fields behind his lines to refuel for the return flight to England. Churchill drafted a strong letter to Stalin, asking that the allies be allowed to use the air fields assigned them, but to appease Stalin, FDR cravenly refused to sign the letter. The Home Army was butchered.

By February 1945, Poland had been overrun by a Red Army that could not be dislodged short of a new war. Yalta, writes Nisbet, “is not the source of the Soviet possessions in Eastern Europe … Teheran is. But Yalta performed a service that was almost as important to Stalin. … This was the invaluable service of giving moral legitimation to what Stalin had acquired by sheer force.”

Britain had gone to war and lost 400,000 men and an empire for Poland’s independence. Yet, as Poland receded into the darkness, not once did Churchill vent upon Stalin the oratory he used so often on Hitler. The rape of Poland by Hitler and Stalin was the moral cause that precipitated the war. Yet, Churchill and FDR, to appease Stalin, meekly acquiesced in the betrayal of that moral cause.

“Of one thing I am sure,” FDR said at Yalta, “Stalin is not an imperialist.” How explain his naivete about Stalin, to whom he gave everything, including a third of the Italian fleet and recognition of his puppet government in Poland? “Puerility,” writes George F. Kennan. FDR once told his friend, ambassador William Bullitt: “I think if I give him (Stalin) everything I possibly can, and ask nothing from him in return, noblesse oblige, he won’t try to annex anything and will work with me for a world of peace and democracy.”

And thus was Poland betrayed

The original article can be found here: 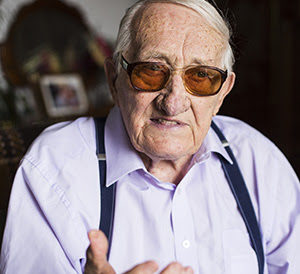 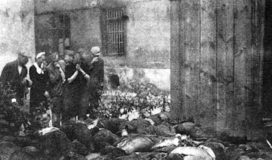