The use of the term “Polish Death Camps” in regards to German extermination facilities for Jews and Romanis (both discriminated under Nurnburg Laws 1935) and for various other social and ethnic groups under 2WW is deeply misleading because it was German Nazis who built and operated those camps.

“The Nazis distinguished between extermination and concentration camps, although the terms extermination camp (Vernichtungslager) and death camp(Todeslager) were interchangeable, each referring to camps whose primary function was genocide. Todeslagers were designed specifically for the systematic killing of people delivered en masse by the Holocaust trains. The executioners did not expect the prisoners to survive more than a few hours beyond arrival at Belzec, Sobibór, and Treblinka.1). The Reinhard extermination camps were under Globocnik’s direct command; each of them was run by 20 to 35 men from the SS-Totenkopfverbände branch of the Schutzstaffel, augmented by about one hundred Trawnikis – auxiliaries mostly from Soviet Ukraine, and up to one thousand Sonderkommando slave laborers each.2” 3

The complementary guards – the “Travniki men” in the death camps did not include Polish nationals at all. Poles were not reliable enough for the Germans.

“All the officers at Trawniki camp were Reichsdeutsche, and most of the squad commanders were Volksdeutsche4. The conscripted civilians and former Soviet POWs included Ukrainians, Russians, Belarusians, Estonians, Latvians, Lithuanians, Tatars, Georgians, Armenians, and Azerbaijanis.5 ” 6

Although the death camps where located in Nazi occupied Poland these camps where neither built nor operated by Poles.

Why has it been such widespread use of the term “Polish Death Camps”?

The answer is not easy. However our recent research allowed to determine the circumstances of the very beginning of the process.

The first time the wrong term “Polish Death Camp” was used was in the title of an article of the famous Polish intelligence officer, witness, a skilled diplomat and a whistle-blower on Holocaust to world leaders during WW2, prof. Jan Karski.

His article was published in 2.5 million circulation US magazine Collier’s Weekly, issue 16 on October 14, 19447. At that time both the German Nazis continued with the Holocaust and the war between the Alliance and the Axle countries was proceeding full scale.

This rather strange title “Polish Death Camp” was overwritten by hand on the Jan Karski’s typescript by the Collier’s Weekly editor, who changed the original title proposed by the author. (See Picture 1).

The submitted article transcript was titled “In the Balzec Death Camp” and was a chapter of the book “Courier from Poland. The Story of a Secret State” by the same author. The book would be published the following month – November 1944. The title of the chapter in the book was “To Die in Agony”.

As the text was originally only a chapter of the book it did not include any comprehensive explanation of the situation in occupied Poland. The country was at he time terrorized by the German and Soviet occupants. German occupants dramatically reduced Polish administration and assigned Jewish administration for the ghettos. The occupants governed by using terror on a much larger scale than in the occupied western European countries. They were also faced with heroic resistance mostly from Poles.

At the same time only a few sentences explanation by the author and by the editor were added at the beginning of the article:

“A patriot disguised as a guard bribed his way into the Nazi execution grounds at Belzec. Here for the first time, is his eyewitness story of the Nazi’s systematic slaughter of Jews, based on his official report to London and Washington.” (See Picture 2)

“As a member of the underground, I was ordered to leave Warsaw and report to the Polish government and the Allied authorities about conditions in Poland. My orders came from the delegate of the Polish government acting somewhere in Poland and from the underground army. Jewish leaders confided to me their written report but they insisted that in order to be able to tell the truth I should see with my own eyes what actually happened to the Jews in Poland. They arranged for me to visit one of the Jewish death camps.” (See Picture 3).

The very same issue of the Collier’s Weekly, just a few pages earlier, contained an article describing problems in American camps for war prisoners8. The article was titled “Our ‘Pampered’ War Prisoners” by Robert Devore.

So in the same issue of Collier’s Weekly of 14 October, 1944 there were two articles about the camps of war: one article about German death camp in occupied Poland near Belzec and one article about all American camps for war prisoners.

It is quite possible that this accidental placement of the two articles in the very same issue of the Colliers’s Weekly magazine motivated the editor to make an effort to differentiate between the two subjects by modifying the tittle of Jan Karski article.

However, in our personal opinion, a much better clarification could have been obtained by simply giving the Jan Karski’s article a title: “German Nazi Death Camp”.

The title of the first, highly comprehensive description of a Nazi death camp by the famous Polish war courier Jan Karski has made the further use of this false term “Polish Death Camps” by mass-media somehow more and more frequent.

Even in modern time electronic world the both of the articles in the very same issue of Collier’s Weekly are subtitled in rather different ways: 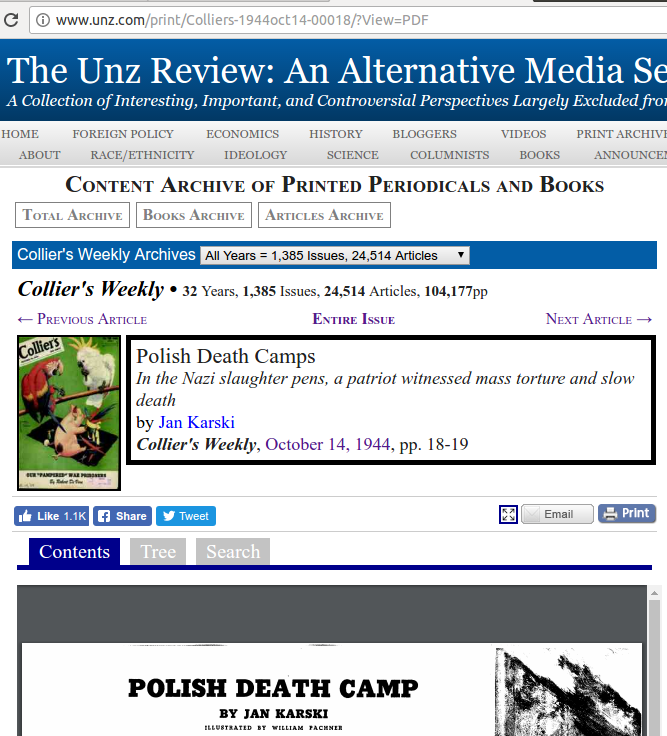 For most students who often works under stress and have only seconds to collect the information – the above internet scan can lead to some misunderstanding as who in fact invented, led and operated not only the Belzec death camp but all the death camps. 10

— Robert Devore’s article has received a new, clarifying subtitle Our Army clearly is not coddling prisoners:

Maybe this attempt at differentiating between two articles in the same publication led to the introduction of the misnomer: “Polish Death Camps”, a continual use of the incorrect term, a huge misunderstanding, and serious falsification of history.

But as shown by historical studies of Jan Karski’s biographers11 12 there were other reasons for the false message that had been functioning for decades. At first glance it would seem that the author could have easily corrected the inaccurate title and offered a much more appropriate one, eg ” In the German Death Camp “instead of the” In the Polish Death Camp” proposed by the editor of Colliers Weekly. Well, as explained by Jan Karski’s longtime friend and biographer Waldemar Piasecki, the article was simultaneously sent to over 200 American editors in order to raise interest in Karski’s book, “The Story of a Secret State”, due to appear only two weeks later. The article was part of the promotional campaign for the coming book. After dispatching it to the media, both Jan Karski and his publishers had no contact with the text anymore and all it’s corrections afterwards.13

In 1944, it was far more important for Karski to not reveal his contacts and collaborators in the area of Poland occupied by the Germans. He did not want to jeopardize their safety and put them at risk of being arrested and prosecuted by the Nazis. For that purpose, he changed the nationality of the Ukrainian and Latvian camp guards who had helped him. The location of the camp was also changed, from Izbica to Bełżec. In this context, the mistake in the title seemed to be of little importance.

It’s quite plausible that due to the popularity and prestige of Jan Karski, the unfortunate title of his article contributed to the misconception regarding WWII death camps, which too many mistakenly associate with the Poles rather than with the Germans. However, today we should definitely avoid using that misleading term in order to reduce the possibility of unintentionally generating fake news and falsifying history.

The history of the book’s creation, its editing and the promotional campaign is described in details in the book “Inferno” – the second volume of the biography “Jan Karski. One life”14). It is worth knowing that from the very beginning, the Polish emissary’s work on the book was proceeding in close cooperation with editorial and publishing agent Emery Reeves (He played the same role in publishing of Sir Winston Churchill books in the United States), editor William Poster and promotional agent Clarke Getts. When the final version of the text was accepted by the publisher, Reeves and Getts sent out excerpts from the book to all major American publications and radio stations, as well as to the most important state publications (far over two hundred places). Each recipient had the right to get the received text corrected by his own editorial office. Neither Getts nor Reeves nor Karski had any influence on it.

This was most probably also the case with Collier’s magazine. The editor, with a manuscript entitled “In the Belzec Death camp” in front of him, probably changed the title to something more, in his understanding, telling to the readers, by locating the camp in a specific country, rather than in some enigmatic place, “Belzec”.

Also, it is important to mention that at the time of the publication, many editorial offices had the position of a title editor. That person was responsible for formulating communicative titles to all articles, in each issue of a magazine or a newspaper. Maybe it was the title editor who, in order to achieve clarity and avoid confusion, made changes in the titles of the articles in the issue No. 16 of Colliers Weekly, 1944.

As Jan Karski repeated many times, the use of the term “Polish camp” by the participants of meetings with the author was quite frequent after the book was published. It did not result from the desire to assign to Poles the role of perpetrators in those terrible crime compounds. As a mental shortcut, they all had in mind simply a geographical location of the camps. What could have hurt a Pole was a colloquial understanding for an American. 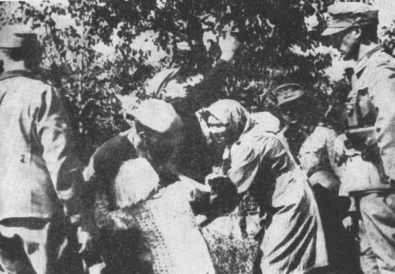 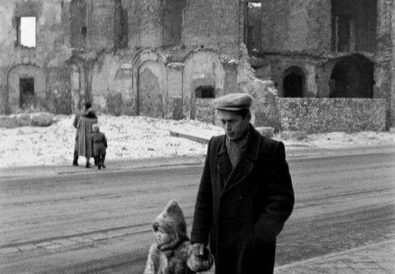