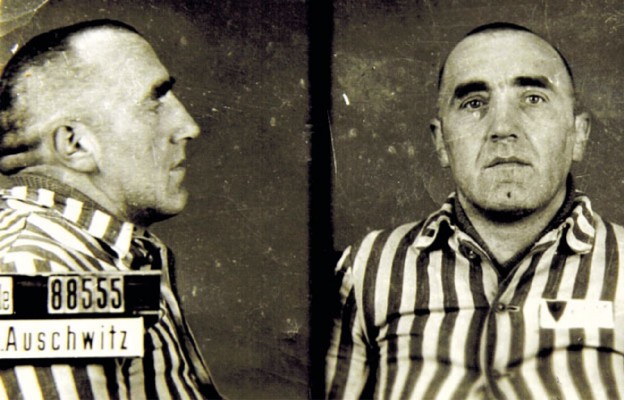 Friendships between priests and Jews in Poland was something natural. That’s why approximately one thousand priests in Poland were involved in the rescue of many Jews during the Holocaust. Some gave their lives, saving their brothers in the spirit of Moses.

Priests were one of the most persecuted social groups during World War II. In some dioceses, including those inWłocław and Chełmno , the German occupiers murdered almost half of all priests. In other dioceses, on average, one out of every five priests were shot, tortured in camps, gassed, or killed in another way. In total, throughout the years of 1939-1945, the Nazis murdered almost three thousand Polish priests. Most of them died in the concentration camp Dachau. (approximately half of the nearly two thousand priests) They even shot priests on church grounds for aiding partisans or for admitting their participation in local Polish intelligence. Priests were also   punished with death for helping the Jewish population. For this reason alone, about 30 Catholic priests from Poland were killed.

Jews and priests from Kobryn

In 1941, German Nazis crammed Jews from Kobryn into two ghettos. One ghetto was designed for able bodied laborers, the second – for the sick and the elderly (who after a few months, were murdered). In both ghettos, living conditions were destitute and intolerable. At first, the German occupiers deprived the Jewish population of their livelihood by imposing a very high financial contribution. They then mandated slave labor. People often died of exhaustion and hunger. Despite the threat of death penalty for any help of the Jewish population whatsoever, local priests such as Priest Jan Wolski – the parish priest, and Priest Wladyslaw Grobelny – a young pastor ordained in 1938, decided to aid the Jews. Fabricating numbers of supplies, they organized material support for the Jews,and they served also as pillars of moral support for the Poles involved in the rescue and aid of Jews.

On the fateful day of October 15, 1942, these priests payed the highest price for their selfless aid. At the head of a column of marching Jews walked two priests from Kobryn. A witness of those events – Boguslaw Bosiackidescribes: ” The view was horrible (we all started to cry), our friends walked along in front of us, mothers holding their children, who were crying with fear and hunger …”. The priests were murdered together with these KobrynJews near the farms in the outskirts of the city. Priest Grobelny was then 29 years old.

The priests were sent to concentration camps to be exterminated for several reasons, aiding the Jewish population being one of the reasons. Priest Witold Dzięciołconfessed: ” So, because I helped a number of sick Jews from Kielce , I was arrested by the Gestapo and spent three years in the concentration camps of Oswiecim (Auschwitz), Mauthausen, Gusen , Dachau.” He survived, but not all survived the camps hard labor.

Priest John Gielarowski , pastor of Michałówki, also hid Jews on his very own property. In addition, he created fake baptism records, which then aided many in the Jewish population by helping to create identity documents. For these helpful actions he was arrested and sent to Auschwitz. During his interrogation he gave away no one.Emaciated, he perished, in April of 1943.

Another heroic though little-known priest who gave his life to rescue others was Priest John Pyzikiewicz from NowySacz, where he was a pastor since 1934. When the war came, it became known that one can count on the help of Priest John, who gave the needy food for free or exchanged it for goods and equipment needed in the farm, which he supervised. Requests for support then came from many Jews in the area. This support given by John had its consequences however, when he and many Jews in the area were deported to the ghetto in Nowy Sacz in 1942. The pastor was taken in by the Gestapo for questioning for ” giving Jewish children(…) food ” – so wrote Zyta Mazan about her uncle, after she explored the story of his life. In addition, Germans demanded from John lists “of suspects,” However, John did not reveal any names even though he knew many partisans and other resistance fighters, as he was helping them too. In November 1942, when in the headquarters of the Gestapo in Nowy Sacz , he had several occasions to escape . He didn’t take advantage of the opportunity however, as he knew that his escape might bring retaliation to the inhabitants of Lipnica. Priest John Pyzikiewicz was arrested, convicted, and sent to Auschwitsz. He arrived there on January 16, 1943 and was branded with number 88555. He was murdered in March of the same year. ZytaMazan describes how during one of the camp assemblies, the priest collapsed, emaciated, and was sent “straight to the oven.”

Even in inhuman conditions, friendships between Priests and Jews continued to be made. Before the war, priest Michael Piaszczyński, invited the rabbis of Lomza to his parish. During the war, he was sent to the camp of Sachsenhausen (Oranienburg ) In December 1940, before his death, he divided up and shared his allocated portion of food with a lawyer of Jewish origin from Warsaw,named Kott, who with tears in his eyes told the priest: “You Catholics believe that in your churches Christ is alive in your bread. I believe, that in this bread is the living Christ, who instructed you to share it with me.”

The original article, in Polish, can be found here:

Having Fun in The Ghetto by Jerzy Robert Nowak

When the debate is lost, slander becomes the tool of the losers.