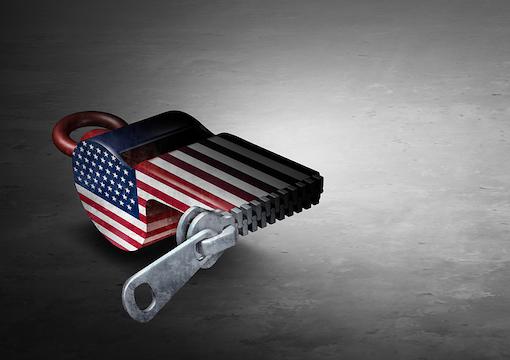 […..]
All current attempts to stifle speech in the name of protecting feelings, and all current scare campaigns about how unregulated speech inevitably leads to bad and destructive outcomes, owe their existence to the acceptance by Western whites of a set of “special circumstances” whereby traditional notions of “fight speech with more speech” and “let truth and falsehood battle it out” and “sticks and stones may break my bones but words’ll never hurt me” don’t apply to Holocaust history and Holocaust survivors.

Back in the early ’90s when I was mouthing off about how you can’t gas people in rooms where the doors lock from the inside, or where the doors open into the room, or where there are plate glass windows in the wall, I was routinely told by non-Jews who had no emotional connection to the Holocaust, “Look, maybe what you’re saying is true, but why say it? Why cause such pain to the poor survivors?” More often than not, my work was banned and censored by people who, though not personally offended by it, nevertheless felt compelled to uphold the “special circumstance” protections granted to Holocaust-related speech.

Back then, a small number of people understood that, in fact, unregulated speech actually made Holocaust history better, sounder. Christopher Hitchens, the New York Post’s Eric Breindel, and seminal Holocaust historian Raul Hilberg all conceded that the challenges posed by Holocaust revisionists and even outright deniers actually forced mainstream Holocaust historians to be better at their job; that being confronted with criticism and opposing theories compels historians to bolster their theses (to be fair, Hilberg only admitted this under cross-examination during the trial of denier Ernst Zundel in Toronto in 1985).

But Hitchens, Breindel, and Hilberg are dead now, as is the simple understanding that truth is only strengthened by having to compete with falsehood.

For anyone in the present day who’s been “canceled” for stating a fact or making a simple commonsense observation, well, welcome to the world of my youth. Don’t forget that mainstream conservatives allied with liberals when it came to “protecting” Holocaust history from the reasonable observations of revisionists like me. And now conservatives bitch that they get banned from social media for making factual observations like “There are only two genders.” Too bad. Your Holocaust “special circumstances” are claimed by trannies now. And blacks. And “immigrants.” And everyone else with an ax to grind against Western civ. Shoulda killed that beast in utero thirty years ago. By acquiescing to what was done to revisionists back then, you guys paved the path to where we all are now.

One additional point: The more dangerous it became back in the ’90s to challenge Holocaust orthodoxy, the more the revisionist side of the debate fell to the extremists. The penalties and punishments chased away everyone with a career or a reputation to preserve. What remained were the nuts, the brawlers who welcomed the fight and enjoyed being branded as Nazis. Since at least the early 2000s, rational Holocaust revisionism has fallen to the irrational deniers, dimwit extremist ideologues who have no interest in historical research and documentation. They just want to “fight the Jews.” The fight, not the historiography, is what appeals to them.

Another irony, this one totally predictable: As rational revisionists were attacked and chased away as Nazis, the field was ceded to actual Nazis.

This is the end result of speech criminalization. Rational voices go silent, because rational people—capable as they are of weighing actions and consequences—do the math and realize that it’s more prudent to pull back and shut up, when speaking freely might cost them their livelihood or freedom. What happened with Holocaust history will soon happen with topics like male/female biology and IQ inheritability. Anyone with anything to lose will think twice before challenging the left’s orthodoxy on those topics. That’s what speech penalties do; they scare away exactly the people with the intellectual capacity to best make the case that the penalizers don’t want made. And once a field is abandoned to crackpots who spout nonsense, the public becomes even more welcoming of speech proscriptions, due to the general loathsomeness of those being silenced.

The article in full can be read here:
https://www.takimag.com/article/as-goes-the-holocaust-so-goes-the-west/

The German administrative court rejected the suit of a man who, as a child, was taken by the Germans and Germanized

It’s important to note that David Cole is Jewish. Yet, truth matters to him, even inconvenient truth. It’s a rare quality, unfortunately, and therefore even more commendable.