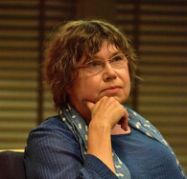 Two Holocaust historians ordered to apologize for inaccuracies in their book. 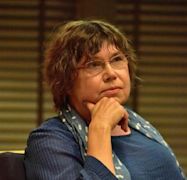 A court in Warsaw ruled on February 9 that two Holocaust researchers, Barbara Engelking and Jan Grabowski, must make a written apology to Ms. Leszczyńska, who claimed her deceased uncle had been slandered in their book “Night Without End,” where the authors suggested he had helped kill Jews during World War II.

The court also obliged the historians to correct this false information in the next edition of the book. The court did not accept the plaintiff’s demand for compensation in the sum of 100,000 zlotys ($27,000). The researchers declared that they would appeal the decision.

Ms. Leszczyńska was backed in her lawsuit by the Polish League Against Defamation, a group that fights harmful and untruthful depictions of Poland.

The lawsuit filed by Ms. Filomena Leszczyńska claimed that the book by the two authors contained false information about her uncle and that the historians failed in conducting their research, suppressed testimony that could have cleared the man’s reputation, and confused him with another man with the same name.

Attorneys for the 81-year-old plaintiff argued that the plaintiff’s uncle, Mr. Malinowski, was a Polish hero who had risked his life saving Jews, and that the scholars had harmed Ms. Leszczyńska’s good name and that of her family.

Mr. Malinowski was acquitted in a communist court in 1950 of being an accomplice for the killing by Germans of 18 Jews in a forest near the village of Malinowo, in 1943.

During the final hearing, Barbara Engelking admitted her mistake and stated that she had confused several Malinowskis because she “did not expect that there might be more Malinowski people in the village of Malinowo.” Prof. Jan Grabowski, the co-editor of the book, stated before the court that he had not seen the documents of this case, because “this is not the role of a scientific editor” and that the book has no publishing reviews, because “this is a Polish custom, and he has sufficient experience and knowledge and such reviews are unnecessary.”

In recent weeks, the trial has aroused widespread interest and concerns from major Jewish organizations and figures in Israel, Poland, and worldwide, including the Yad Vashem Holocaust Memorial in Jerusalem, the United States Holocaust Memorial Museum in Washington, D.C., and the Chief Rabbi of Poland Michael Schudrich. They saw the lawsuit as a blow to academic freedom. However, their claim is seen by many as baseless and unjustified. It has been pointed out that the lawsuit by a private citizen concerning proven and later admitted inaccuracy does not, in any way, clamp down on academic freedom. It is not the Polish state or any government institution that is suing Grabowski and Engelking for doing research and writing a book about Poles’ participation in murdering Jews. They are free to do research and publish it. It is not the Polish state, either, that is suing for inaccurate information in the book concerning the denouncing or saving of Jews. This is a civil lawsuit, a libel suit, and the government has no legal ability to prevent a citizen from pursuing it in court.  A citizen has a right to file a civil lawsuit if she feels a historian using false information besmirched her family’s reputation. However, the suit reminds researchers that they are accountable to citizens for the accuracy of their research and publications.

The inaccuracy in the book by the two Holocaust scholars seems to support some Polish historians’ and citizens’ claim that the historians who study the Holocaust of Polish Jews are often tendentiously vilifying Poland. Mr. Grabowski himself has been blamed for numerous significant inaccuracies in his other research and publications.  Prof. Daniel Blatman, a Holocaust historian at the Hebrew University of Jerusalem and the chief historian of the Warsaw Ghetto Museum, presents of few examples in his recent article in Haaretz.  One of the examples concerns Prof. Grabowski’s recent book about the Polish police and the Jews during the German occupation, “On Duty: Participation of the Blue and Criminal Police in the Destruction of the Jews.” In the book, Prof. Grabowski writes – citing the liquidation of the Cracow ghetto as an example – that it was the police that conducted searches for Jews in hiding and handed them over to the Germans. There were cases in which this did indeed happen, writes Prof. Blatman; however, in this case, it was actually the Jewish Ghetto Police that did it.

Prof. Blatman, also points out in his article that “the numerous testimonies discussed in Grabowski’s research were not always given due consideration by the historian before he drew conclusions from them.” The same author, in the same article, gives another example of Mr. Grabowski’s shortcomings as a Holocaust researcher, which is his inability to present credible documentation for his assertion that the number of Jews who were murdered by Poles, or whom the Poles were responsible for killing by having them turned over to the Germans is at least 200,000. Mr. Blatman states that “the number will never be known.”

Polish Jewish relations are complicated and need to be addressed in research with utmost honesty and diligence. Tendentiousness, inaccuracies, dishonesty should not belong in the research or discussions regarding this issue.