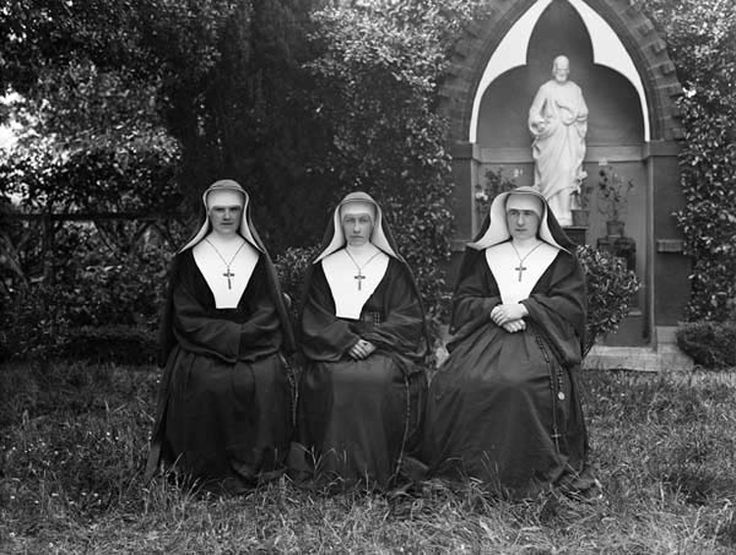 Rescue activities on behalf of Jews were carried out by priests, nuns and monks in more than one thousand Roman Catholic Church institutions throughout Poland during World War II. The number of priests and religious involved in these activities was many times higher. This effort is all the more remarkable since Poland was the only country under Nazi Germany occupation where any form of assistance to Jews was routinely punishable by death. Several dozen members of the Polish clergy were executed for this reason. It must also be borne in mind that the Polish Catholic clergy were the only Christian clergy who were systematically surveilled, persecuted, murdered and imprisoned by the thousands as a result of Nazi genocidal policies. This selection of accounts of rescue is far from comprehensive, with several hundred additional cases yet to be entered. It has been compiled by The Polish Educational Foundation in North America (Toronto).

Historian Władysław Bartoszewski, a prominent member of Żegota, the wartime Council for Aid to Jews, provides the following overview in The Blood Shed Unites Us: Pages from the History of Help to the Jews in Occupied Poland (Warsaw: Interpress Publishers, 1970), at pages 189–94.

There was hardly a monastic congregation in Poland during the occupation that did not come in contact with the problem of help to the hiding Jews, chiefly to women and children—despite strong pressure from the Gestapo and constant surveillance of the monasteries, and the forced resettlement of congregations, arrests and deportations to concentration camps, thus rendering underground work more difficult. Some orders carried on work on a particularly large scale: the Congregation of Franciscan Sisters of the Family of Mary who concealed several hundred Jewish children in their homes throughout Poland; the figure of Mother [Matylda] Getter, Provincial Superior of that Congregation, has already gone 5 down in history. The Ursuline Sisters [of the Roman Union] played a similar role in Warsaw, Lublin, Cracow [Kraków] and Cracow Voivodship, Lvov [Lwów], Stanisławów and Kołomyja; the nuns of the Order of the Immaculate Conception did the same in their convents; the Discalced Carmelites gave shelter to the especially endangered leaders of Jewish underground organizations. In their home at 27 Wolska Street in Warsaw, situated near the ghetto walls, help was given to refugees in various forms; this was one of the places where false documents were delivered to Jews; there, too, liaison men of the Jewish underground on the “Aryan” side—Arie Wilner, Tuwie Szejngut, and others—had their secret premises. In 1942 and 1943, the seventeen sisters lived under permanent danger of [death] but never declined their cooperation even in the most hazardous undertakings. The Benedictine Samaritan Order of the Holy Cross concealed children and adults at Pruszków, Henryków and Samaria in the voivodship of Warsaw; Sisters of the Order of the Resurrection [of Our Lord Jesus Christ] hid Jews in all their convents throughout Poland; the Franciscan Sisters [Servants of the Cross] in Laski near Warsaw many a time gave refuge and help to a great number of these persecuted when all other efforts had failed; the Sacré-Coeur Congregation took care of Jews in Lvov [Lwów] at the time of most intensified Nazi terror there. … Equally splendid was the record of many orders of monks, and in particular the St Vincent [de Paul] Congregation of Missionary Fathers, the Congregation of the Most Holy Redeemer, the Salesian Society, the Catholic Apostleship Association, the Congregation of Marist Fathers, the Franciscans, the Capuchins and the Dominicans. Well known is the protective role played towards the Jews by Archbishop Romuald Jałbrzykowski, at the time metropolitan bishop in Vilna [Wilno], and by Dr Ignacy Świrski, professor of moral theology at Stefan Batory University in Vilna, after the war Ordinary of Siedlce Diocese (died in 1968); it was of their will and with their knowledge that a great many refugees from the ghettos were hiding in ecclesiastical institutions and convents. Also well known are the activities of the distinguished writer and preacher, the late Father Jacek Woroniecki of the Dominican Order. In Warsaw, an especially beneficent role was played among others by Father Władysław Korniłowicz, Father Jan Zieja, Father Zygmunt Trószyński, and in the ghetto itself, up to 1942, by Father Marceli Godlewski, rector of the Roman Catholic parish of All Saints, by Father Antoni Czarnecki and Father Tadeusz Nowotko. In Cracow [Kraków], broad social work was displayed—with the knowledge and of the will of the Archbishop-Metropolitan Adam Sapieha, by Father Ferdynand Machay, well-known civic leader, writer and preacher. It was also to the priests throughout the country that the dangerous task fell ex officio to issue to people in hiding birth and baptism certificates necessary for the obtaining of “Aryan” documents. A number of priests, like Father Julian Chróścicki [Chruścicki] from Warsaw, paid for it with deportation to a concentration camp. … In all their efforts aimed at helping Jews, the clergy and the convents collaborated as a rule with Catholic laymen in their region. Thus, for example, rectors would place some of those hiding in the homes of their parishioners, and convents often kept in contact with lay institutions of Polish social welfare; the personnel of the latter included a great many persons dedicated to the idea of bringing help.

from:  “The Treatment of the Polish Catholic Clergy”

Already in the first months of the occupation, the Catholic Church in Poland, and especially its clergy in the western territories incorporated into the Reich, was subjected to systematic persecution of massive proportions— something unheard of in any other German-occupied country. These measures were well-documented and reports from 1939 and 1940 were published in The Persecution of the Catholic Church in German-Occupied Poland: Reports Presented by H.E. Cardinal Hlond, Primate of Poland, to Pope Pius XII, Vatican Broadcasts and Other Reliable Evidence (London: Burns Oates, 1941; New York: Longmans, Green & Co., 1941). Those reports provide vivid descriptions of the cruel treatment meted out to hundreds of members of the Polish clergy including bishops. Although these crimes were committed in the open and seen by the population at large, including the Jews, there are no known reports of how Jews, especially rabbis, reacted to them.

[…………..] There were 3,647 priests, 389 clerics, 341 brothers, and 1,117 sisters put in concentration camps, in which 1,996 priests, 113 clerics, and 238 sisters perished … The diocesan clergy of the Polish Church, who at the beginning of World War II numbered 10,017, lost 25 per cent (2,647). The Dioceses of Włocławek (220, or 49.2 per cent), Gniezno (Gnesen, 137, or 48.8 per cent), and Chełmno (Kulm, 344, or 47.8 per cent) suffered a loss of almost half their clergy. The losses for the Dioceses of Łódź (132, or 36.8 per cent) and Poznań (Posen, 212, or 31.1 per cent) were also very heavy. Zenon Fijałkowski, Kościół katolicki na ziemiach polskich w latach okupacji hitlerowskiej (Warszawa: Książka i Wiedza, 1983), provides the following synopsis at page 375: During the Nazi occupation, the Catholic Church in Poland experienced enormous clerical and material losses. According to the latest research by W. Jacewicz and J. Woś, in the years 1939–1945, 2,801 members of the clergy lost their lives; they were either murdered during the occupation or killed in military manoeuvres. Among them were 6 bishops, 1,926 diocesan priests and clerics, 375 priests and clerics from monastic orders, 205 brothers, and 289 sisters. 599 diocesan priests and clerics were killed in executions, as well as 281 members of the monastic clergy (priests, brothers and sisters). Of the 1,345 members of the clergy murdered in death camps, 798 perished in Dachau, 167 in Auschwitz, 90 in Działdowo, 85 in Sachsenhausen, 71 in Gusen, 40 in Stutthof, and the rest in camps such as Buchenwald, Gross-Rosen, Mauthausen, Majdanek, Bojanowo, and others.

from: “Germany attacks the Soviet Union in June 1941”

[……..] Rafal Charlap recalls: A priest named Stark [actually, Adam Sztark], still a young man of about thirty, was doing his utmost to provide the Jews with free forged “Aryan” documents. He called upon his parishioners to extend help to the Jews, and persuaded the Poles he trusted to shelter Jewish fugitives. One of the Jews he saved was a young boy, Jureczek [now Jerry David Glickson, whom he had first hidden in the convent of the Sisters of the Immaculate Conception of the Blessed Virgin Mary], for whom Stark found a hiding place with a gardener, Josef [Józef] Mikuczyn. The orphaned boy survived the war there, and was later picked up by his uncle. In the summer of 1941, the Germans exacted from the Jews of Slonim [Słonim] ghetto a “contribution” of gold. As the deadline approached, the Jews were still 1/2 kilogram short of the quota which the Germans demanded. In order to enable the Jews to fill the quota, Father Stark organized the collection of golden crosses from his parishioners. When the Germans learned of Stark’s activities, they arrested and shot him together with the Slonim Jews, in their mass execution in Petrolowicze [Petrołowicze or Pietralewice]. In the same town of Slonim, the Jews received much help from Dr. Nojszewska [actually, Bogumiła Noiszewska—Sister Maria Ewa of Providence from the above-mentioned order, who is incorrectly described as a “former nun”], the director of the municipal hospital. She sheltered the small son of her Jewish colleague, Dr. Kagan. The Germans were notified and shot her together with the child.

If these Hollywood stories of clergy ‘rescuing’ Jews from a trip to the gas chamber are true then I have a question you might want to ponder…
How many ethnic Poles were the clergy able to shelter from being sent off to Soviet gulags?
I’ve never heard of a single hero story of that type. Were Jews more important to the clergy than their fellow Catholics?
Something doesn’t add up.