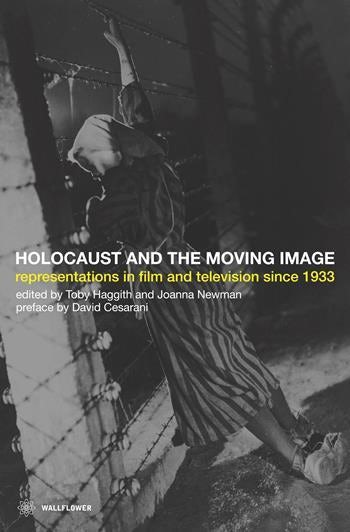 Holocaust and the Moving Image,

This is an eye-opening account of the power of media propaganda, with special reference to the Holocaust. I focus on key issues.

With reference to the popular anti-Jewish movie, Jud Suss, Susan Tegel discusses Joseph Goebbels, who certainly knew a thing or two about effective propaganda techniques. She comments, “The Minister of Propaganda, Joseph Goebbels, was keen that it [Jud Suss] be made. Effective propaganda, he believed, should come in the guise of entertainment: ‘Even entertainment can be politically of special value’, he wrote in 1942, ‘because the moment a person is conscious of propaganda, propaganda becomes ineffective.’” (p. 76. Emphasis added).

So there you have it. What Goebbels said is true of all propaganda. The Polonophobic messages in Holocaust movies do not have to be prominent in order to shape public opinion. Just the opposite! Of course, the unawareness of the American viewer being propagandized, a key in the success of propaganda, is facilitated by the historical illiteracy of most Americans.  In addition, the subtle character of anti-Polish messaging in Holocaust materials allows for plausible deniability once the Polonophobia is finally pointed out.

The Holocaust materials that enjoy the biggest exposure to a mass audience are the ones, of course, that are the most effective at inculcating anti-Polish attitudes in the unsuspecting masses. One can think of subtle innuendo, such as the Polish soldiers shooting at Jews in the Holocaust series, the Goodbye Jews! lie in Swindler’s List (made even better by the Poles throwing globs of mud at the doomed Jews), and the repulsive, well-fed German-serving Polish pigs in MAUS.

HOLOCAUST MOVIES ARE ALL ABOUT PROPAGANDIZING THE HOLOCAUST

Haggith and Newman comment, “…those films that have been most successful in creating a mass awareness of the Holocaust (Holocaust (1978), Schindler’s List (1993))…” (p. 8). Now tell me that there is no such thing as Jewish influence.

Trudy Gold informs us that, “Schindler’s List was seen by a quarter of the population of Britain, nearly a third of the population of Germany, and had a profound effect on global consciousness of what the Holocaust was.” (p. 196). How much big money would an advertiser pay for even momentary access to such a vast audience”?

There is also a plethora of less-popular media content on the Holocaust. Orly Yadin writes, “So many films and television programs have been made over the past fifty years about Holocaust-related experiences…” (p. 168).

The editors add to the obvious: “…the important role that Hollywood films have played in raising awareness of the Holocaust, even creating a ‘cultural memory’ of the event in nations such as the UK and US…” (p. 189).

Ironically, for some Jews, even this lion’s share is not enough. They insist on an even more forceful Judeocentric direction for the movie industry. The editors note, “The common link between Hollywood’s treatment of the Holocaust and that of Polish, Italian, and French cinema is the fact that these are often de-Judaized accounts.” (p. 189). Then again, Holocaust movies would be less successful if they were too explicitly Jewish. This fits-in with Goebbels’ earlier quoted statement about the desirability of subtle propaganda messaging.

EXTENDING HOLOCAUST DOMINANCE FROM THE CINEMA TO THE CLASSROOM

Ian Wall makes these comments on Holocaust education, “In 1995, every school in the United Kingdom received a free video copy of the film Schindler’s List accompanied by a study guide and a 20-minute video documentary telling the story of the Holocaust.” (p. 205). Who paid for all this?

Anna Reading recounts the reception to Schindler’s List by a group of African-American teenagers, “There were those who maintained that the film was at fault for trying to represent the unimaginable. [Why is only the Holocaust “unimaginable”, while all other genocides are freely imaginable?] Some journalists, believing that film should have a specific social and political function, reflected on the ‘educational efficacy’ of the film following its reception by black high school students in Oakland, California. The students were asked to leave the cinema after laughing at the portrayal of Nazi violence towards Jews.” (p. 212).

NAZIS WERE NOT OBSESSED ABOUT JEWS AS EXISTENTIAL ENEMIES

Counterintuitively, the Nazis did not make Jews as big a deal as we usually are led to believe. Susan Tegel writes, “Surprisingly, few films were made on the ‘Jewish question.’ Despite National Socialist commitment to anti-Semitic policies, the German film industry was slow to produce films featuring Jewish characters. It was not until 1940 [7 years after Hitler had come to power] until they took center stage in two feature films and a documentary.” (p. 76).

NAZIS RELEASED SOME JEWS–EVEN AT THE HEIGHT OF THE HOLOCAUST

Toby Haggith relates this little-known fact, “In March 1943 Heinrich Himmler (Chief of the SS) ordered that part of the POW camp at Bergen-Belsen be turned into a special camp for prominent European Jews, or those of neutral states, who could be held and used as exchange for Germans imprisoned abroad.” (p. 35).

This flies in the face of the cornerstone Holocaust narrative, which teaches that the Nazis were out to kill every single European Jew. For more on captive Jews actually released by the Nazis, see:

The Canned Justifications for Perpetual Holocaust Education are False