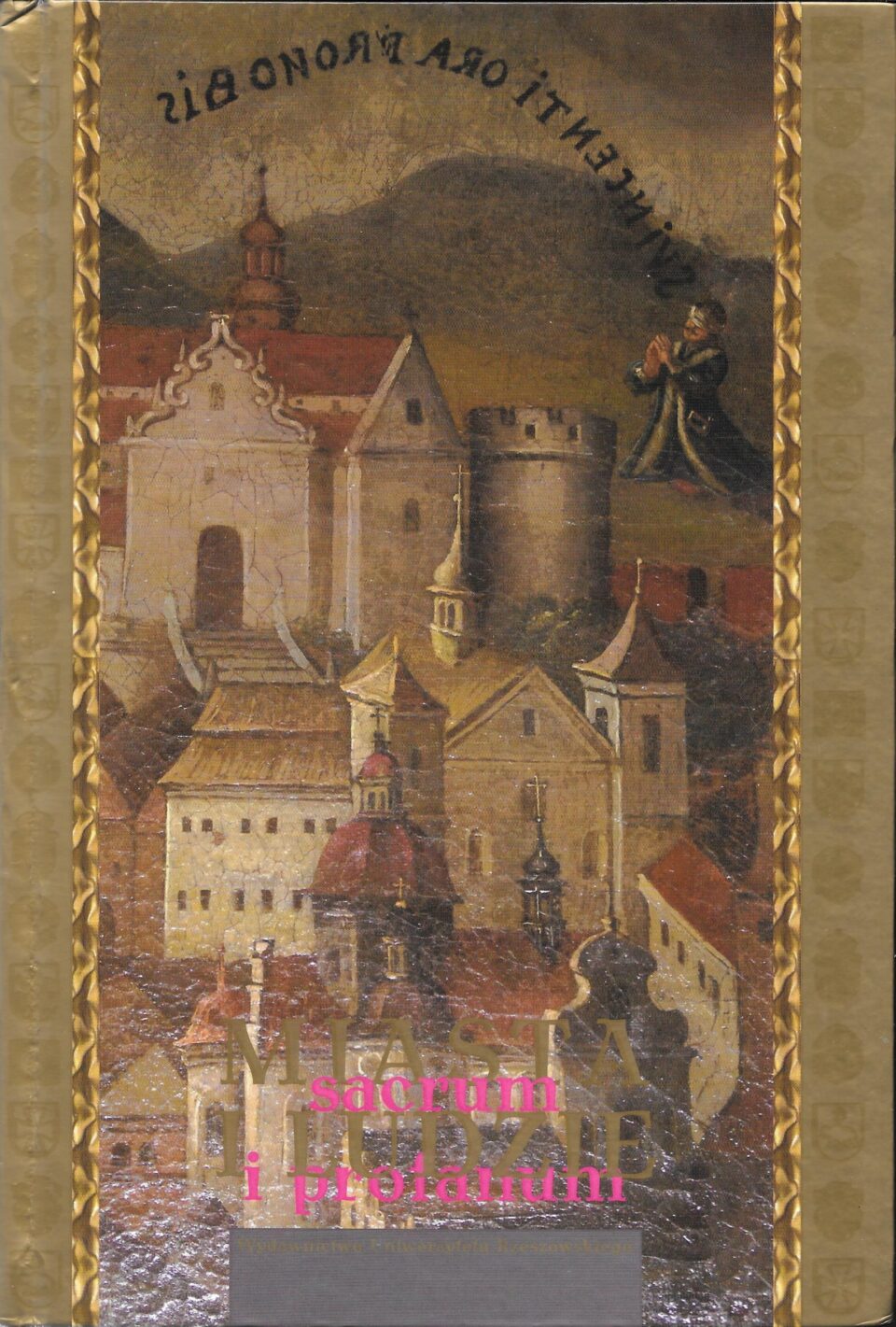 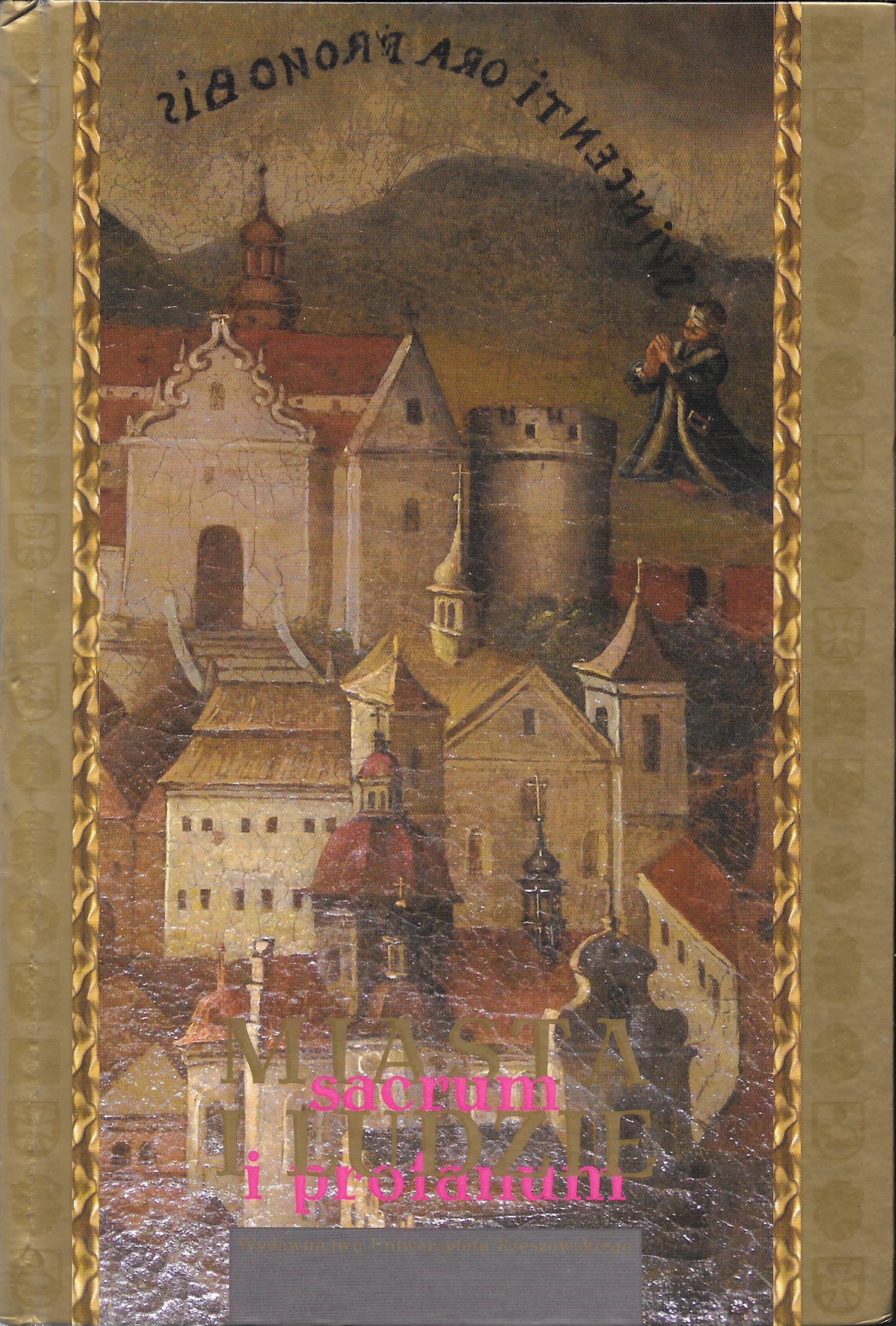 Negative Acts of The Inhabitants of Przemysl County During The German Occupation, In The Light of Postwar Court Cases

NEGATIVE ACTS OF THE INHABITANTS OF PRZEMYSL COUNTY DURING THE GERMAN OCCUPATION, IN THE LIGHT OF POSTWAR COURT CASES, is the title of this Polish-language research article. (pp. 265-279). It is found in the following book: Miasta i ludzie. Sacrum i profanum, edited by Pawel Graty and Beata Lorens, and published by the Wydawnictwo Uniwersytetu Rzeszowskiego. The August Decree (1944) called for the punishment of Nazis and Nazi collaborators, and was made into a weapon by the Soviet-imposed Communist authorities.

FLAWS IN THE AUGUST DECREE TRIALS

Author Elzbieta Raczy points out that our understanding of the events of the German-made Holocaust, on Polish soil, rely on testimonies and recollections, which often are far from objective. However, the documents from the trials of the August Decree are little better. (p. 265). The investigations behind the trials were often superficial, and the evidentiary materials was often weak. This is one of the reasons that many cases were discontinued, and many defendants were declared not guilty.

Communist politics clouded the picture. At times, the severity of the sentence depended upon the nationality of the accuser and the nationality of the defendant. (p. 265). It also depended upon the prewar political orientation of the defendants as well as membership in Underground organizations during the war. (p. 266). The courts would sometimes not allow defense witnesses to testify. (p. 274). Finally, the sentences imposed upon the defendants were sometimes so dependent upon the defendant’s politics that they bore little relation to the defendant’s conduct during the German occupation. (p. 279). Raczy concludes that the August trials documents are so wrapped up in politics that their objectivity must be held in doubt. (p. 266).

FUGITIVE JEWS TRIED TO SAVE THEIR LIVES. BUT SO DID THE POLES THAT ENCOUNTERED SUCH JEWS!

The author cites the example of defendant Antoni Niwicki. He had been approached, in September 1943, by fugitive Jew Karol Teitelbaum, who requested food.  Niwicki locked Teitelbaum in a hallway, and tried to persuade his neighbors to call the German police. He declared,  “Either we go right away to the police, or else tomorrow we will all be put against the wall (and shot)”. (p. 269). The neighbors would not call the police, so Niwicki did it himself. The German police came, took Teitelbaum away, and shot him the next day.

The special Punitive Court of Przemysl found Niwicki guilty, but gave him no prison sentence because Niwicki had been under the threat of the German death penalty to himself and his family. The court basically concluded that, “Jews were under threat of death, so had every right to seek shelter among Poles. But the same right to live was held by the Poles, who chose to save their lives by denouncing the fugitive Jews.” (p. 269). This conclusion was repeated by the Punitive Court of Rzeszow in two other cases. (p. 270, 278).

However, the District Court modified the original Niwicki verdict. It somehow glossed over the German-made death threat faced by Niwicki, and sentenced him to seven years in prison. (p. 269).

A REVENGE KILLING FOR SOVIET COLLABORATION

One case involved the shooting of the Jew Henryk Neger by two Polish Blue Police (POLICJA GRANATOWA), including Mieczyslaw Jurczyk. Neger had earlier (1939-1941) served the Soviets, joining their militia and robbing the Poles. (p. 271). Neger had also reportedly tried to flee when apprehended by the Blue Police. Still, the District Court of Przemysl disregarded these facts, and sentenced Jurczyk to ten years in prison. The Supreme Court reduced the sentence to five and a half years in prison. (pp. 271-272).

WHY THE “LENIENCY” OF SOME COURTS IN THE AUGUST DECREE TRIALS?

Andrew Kornbluth, in his The August Trials, has argued that the leniency of the Polish courts, for crimes against Jews, stemmed from the fact that such courts had little regard for the lives of Jews. Against such nonsense, Elzbieta Raczy points out that the “leniency” in many such cases occurred because the courts appreciated the duress faced by the defendants, as well as need for such defendants to save their own lives in the face of draconian German policies. (p. 279).

Raczy puts Polish conduct against Jews in the broader context of Polish conduct against other Poles. (pp. 278-279). Various forms of cooperation with the enemy, such as denunciation, the taking of bribes, and murders and robberies took place all over German-occupied Poland, and not only in the Przemysl region. The de-moralization of the Polish population, at the hands of the Germans, caused all this. If Jews were singled out as victims, it was because they were the most defenseless. (p. 279).

August Decree Manipulations: Irregular Justice. Denouncing Jews: Poles and Not Only Jews Had to Save Their Lives. German Terror Inconsistently Appreciated. Raczy