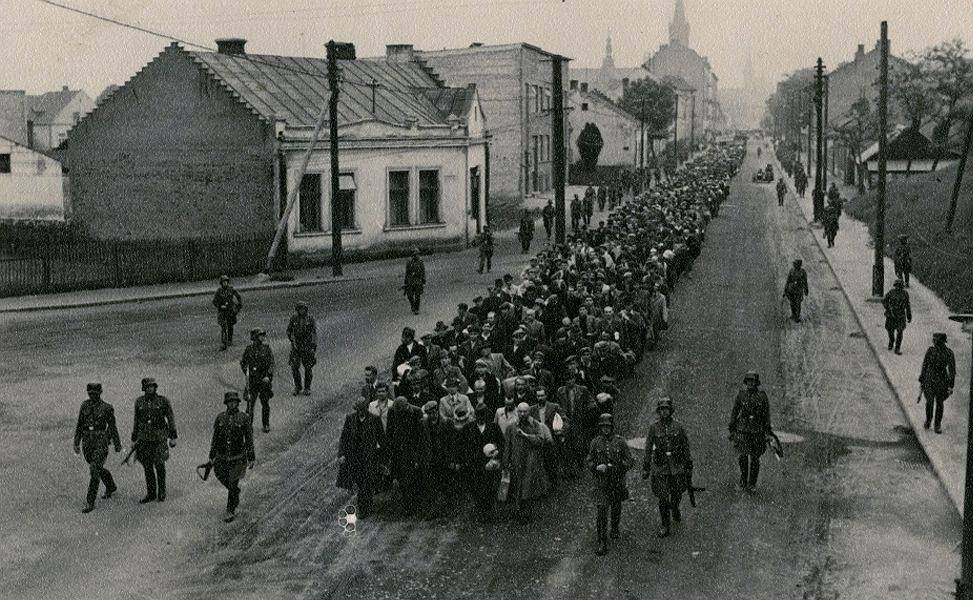 “The procession wound through the streets like a long serpent – it looked like a herd driven to the slaughterhouse. The gendarmes’ commands faded, but they did not cease. We walked, serious and depressed,” remembers Eugeniusz Niedojadło, from Tarnów. June 13, 1940 from the prison in Tarnów, the Nazis led 753 prisoners. During the stay in the bathhouse, 25 people escaped or were withdrawn from the group on their way to the railway station and from the station itself. On June 14, 1940, the Nazis deported to the newly created German Auschwitz camp the remaining group of 728 Poles, mainly young people, scouts, students, members of underground independence organizations, soldiers of the September 1939 campaign. The train with the first transport of Poles left in the morning from Tarnów. In the afternoon of June 14, 1940, the train entered the ramp near the buildings of the tobacco factory in Oświęcim. The first prisoners of KL Auschwitz were sent to the rooms in the basement, because the camp was not yet prepared for accepting human transports. They were tattooed with numbers from 31 to 758 and placed temporarily in the buildings of the former Polish tobacco factory near the site of today’s Auschwitz-Birkenau State Museum (the very first prisoners of the camp arrived on 20 May 1940 from Sachsenhausen, the camp in Germany. They were German criminals) From 728 prisoners brought on June 14, 1940 to Auschwitz, 298 prisoners survived the war, 272 were killed, and the fate of 158 is unknown. In memory of the event described above, in 2006, by the decision of the Sejm of the Republic of Poland, June 14 was proclaimed and has been commemorated since then as the National Day of Remembrance for the Victims of the German Concentration Camps.