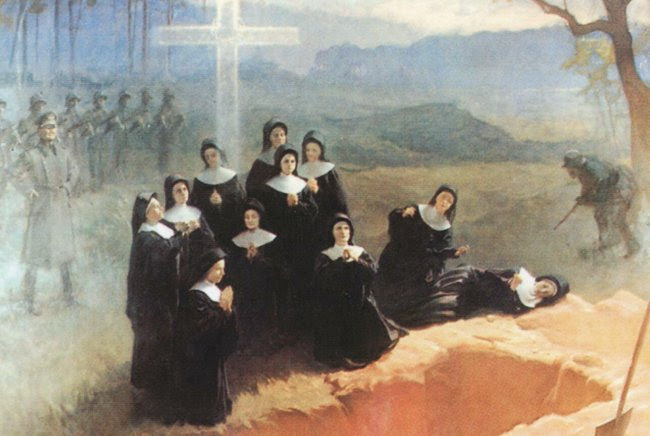 When on the night of July 17, 1943, the Gestapo arrested 120 people, mainly the fathers of the Nowogródek families with the intention of executing them, eleven Sisters of the Nazareth from the Transfiguration of the Lord decided to sacrifice their lives to save them.

To the priest, Mother Stella made a heroic declaration, which was preceded by the nightly prayer of the Sisters: My God, if you need a life sacrifice, let them shoot us rather than those who have families – we even pray for it. A few days later, they renewed their readiness for martyrdom in order to save the much-needed priest in the area,  Fr. Aleksander Zienkiewicz. Their sacrifice was accepted by the Germans. After a week, on July 24, 1943, the Germans released some of the arrested; others were deported to forced labor in the Reich. They were saved. The Germans arrested the eleven Sisters, and shot them in the forest, 5 km from Nowogródek, on Sunday, August 1, 1943. One of the Sisters and a chaplain survived and until the end of their days guarded the graves of the eleven martyrs.