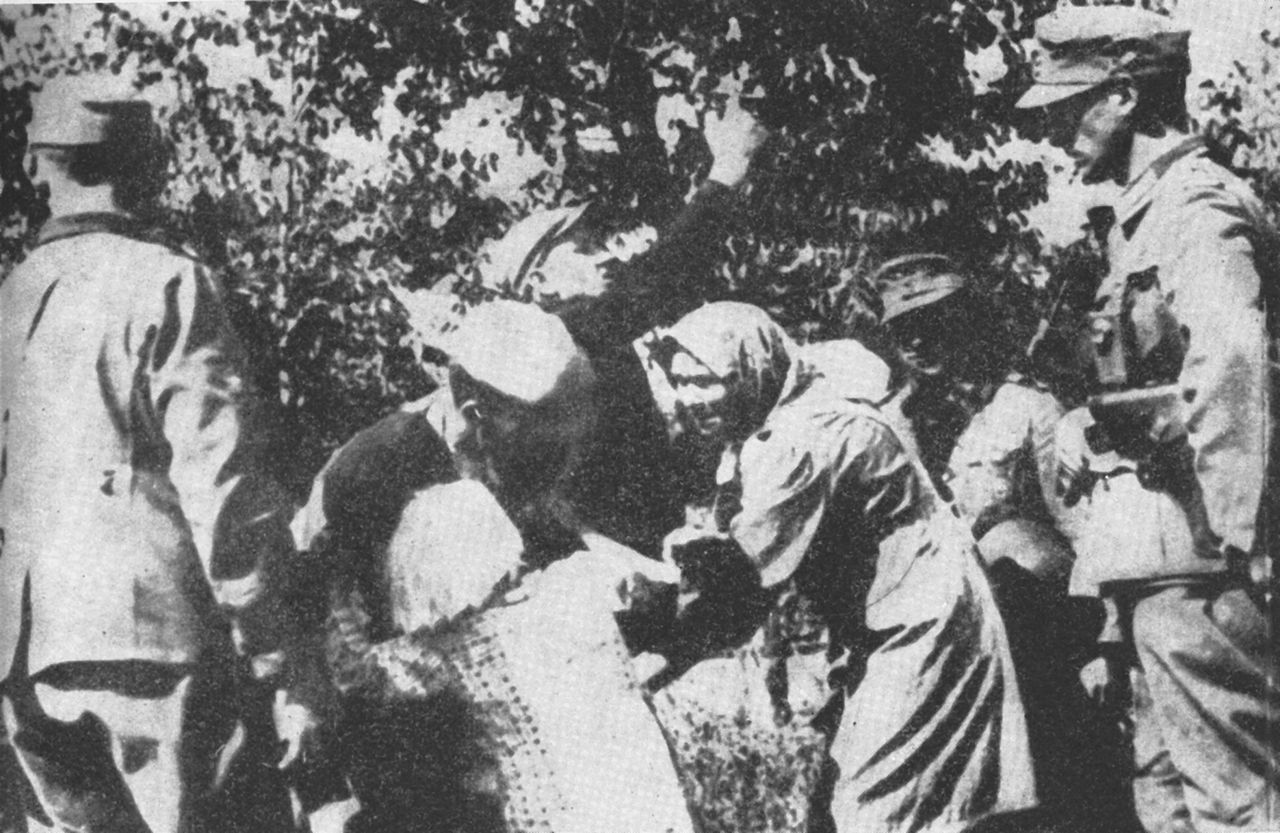 It is not well known that during World War II, Germans implemented a systemic plan of abducting and germanizing Polish children who were deemed “racially valuable”. This somewhat forgotten crime, however, had a very tragic dimension. Hundreds of thousands of Polish parents suffered first when their children were taken away from them, later living in uncertainty about what was happening to them. Of 200,000 kidnapped children, only 30,000 returned to Poland.

The kidnapping of children was part of a wider goal of resettlement and germanization. The children abducted by the Germans first went to special selection camps, where their original birth certificates were destroyed and replaced with new ones, with newly assigned German names. German researchers evaluated the children for desirable racial traits and divided them into groups. Children who did not have the “desirable” racial traits were considered “defective”. In the best case, they were sent to the General Government. Those who were less fortunate were sent to concentration camps or special centers where medical experiments were carried out on them.

The children who were taken to those centers were subjected to medical experiments, for most of them resulting in painful death. Children who did not die aroused special interest of German doctors – the children’s responses to experiments, as well as experimental side effects, were recorded in medical documentation. The documentation of the children who died as a result of the experiments was falsified in order to obliterate the traces of the cause of death, and recorded the causes of deaths as e.g. pneumonia or weakness of the heart. Based on the existing mortality statistics of the special facility in Lubliniec, it was found that of the 235 children aged 10-14 years who received luminal injections as many as 221 died.

The large-scale Germanization and resettlement plan probably originated in the Nazi Party for Racial-Political Affairs of the National Socialist German Workers’ Party NSDAP (German: Rassenpolitisches Amt der NSDAP). On November 25, 1939, this office sent to Heinrich Himmler, Reichsführer SS and the head of the German police, a 40-page document, “The matter of treating the population of former Polish areas from a racial and political point of view”. The last chapter of this document refers to “racially valuable” Polish children and plans to obtain them forcibly: “A large part of racially valuable, but for national reasons unsuitable for Germanization, layers of the Polish nation will have to be relocated to the remaining Polish territory (…) We must try to exclude racially valuable children from resettlement and bring them up in the old Reich in appropriate educational institutions (. ..) or German family care. Such children can not be more than eight to ten years old, because as a rule only children up to that age can be successfully Germanized. It’s imperative that these children be completely prevented from maintaining any relations with their Polish relatives. The children will receive German names (…) their pedigree will be maintained by a special institution.”

Alojzy Twardecki was one of the 200 thousand Polish children kidnapped, transported to Germany and Germanized. On September 27, 1943, Alojzy was taken away from his mother, along with his cousin, Leon, and transported to Kalisz, where his name was changed to Alfred Hartmann, and then to Bad Tölz, and where he was adopted by the Binderbergers, a German family from Koblenz. As a result of his upbringing, he began to identify with the German nation and became convinced that the Poles had caused the Second World War.

Alojzy considered the whole matter a misunderstanding and in 1954 decided to go to Poland to finally clarify it. There he met his biological mother, but he could not believe her words. When she told him about the persecution of Poles by the Germans, he denied concentration camps and other atrocities of World War II by citing German newspapers that wrote about murders committed by Poles on the Germans. “I listened to the story of the heroic struggles of the participants of the Warsaw Uprising, the heroism of the children of Warsaw, the Home Army, the attack on Kutschera and Cafe-Club, a powerful partisan movement … and lost the sense of reality. After all, nothing is known about it in Germany. Poles, after all, do not have the organizational sense, how did they do it? Unbelievable! And this nonsense about concentration camps! Nobody in Germany believed that and not only in Germany. I met Americans who also claimed all this to be communist propaganda. Even my grandfather and father would have doubts about all this new information(…) “- he wrote many years later.

However, he gradually got to know the real history of World War II. He decided to stay in Poland, even though he did not have a choice because the authorities of the Polish People’s Republic deprived him of his West German passport. He had to learn the Polish language and despite initial difficulties in assimilation, he began studying at the Foreign Trade Department of SGPiS. Then he studied at the University of Warsaw Law School and at the Department of German Studies of the University of Warsaw and Adam Mickiewicz University, where he received a PhD degree.

He married a Polish woman, Jolanta Wrońska, with whom he had a son. From his second marriage with Grażyna, his daughter Patrycja and son Paweł were born.

Throughout his life, he actively worked to build a bridge between the Germans and the Poles.

His fate was not typical, however. It is estimated that only about 15% of over 200,000 kidnapped and germanized Polish children have returned to Poland. The German government refuses to recognize the “stolen children” as victims of Nazism and has not paid them any compensation.

More on the germanization of Polish children can be found in the book, in Polish: “Brunatna Kolysanka – Historie Uprowadzonych Dzieci,” written by Anna Malinowska.

Link to the book on Amazon.com:

How the Soviet “Liberators” Pillaged Poland