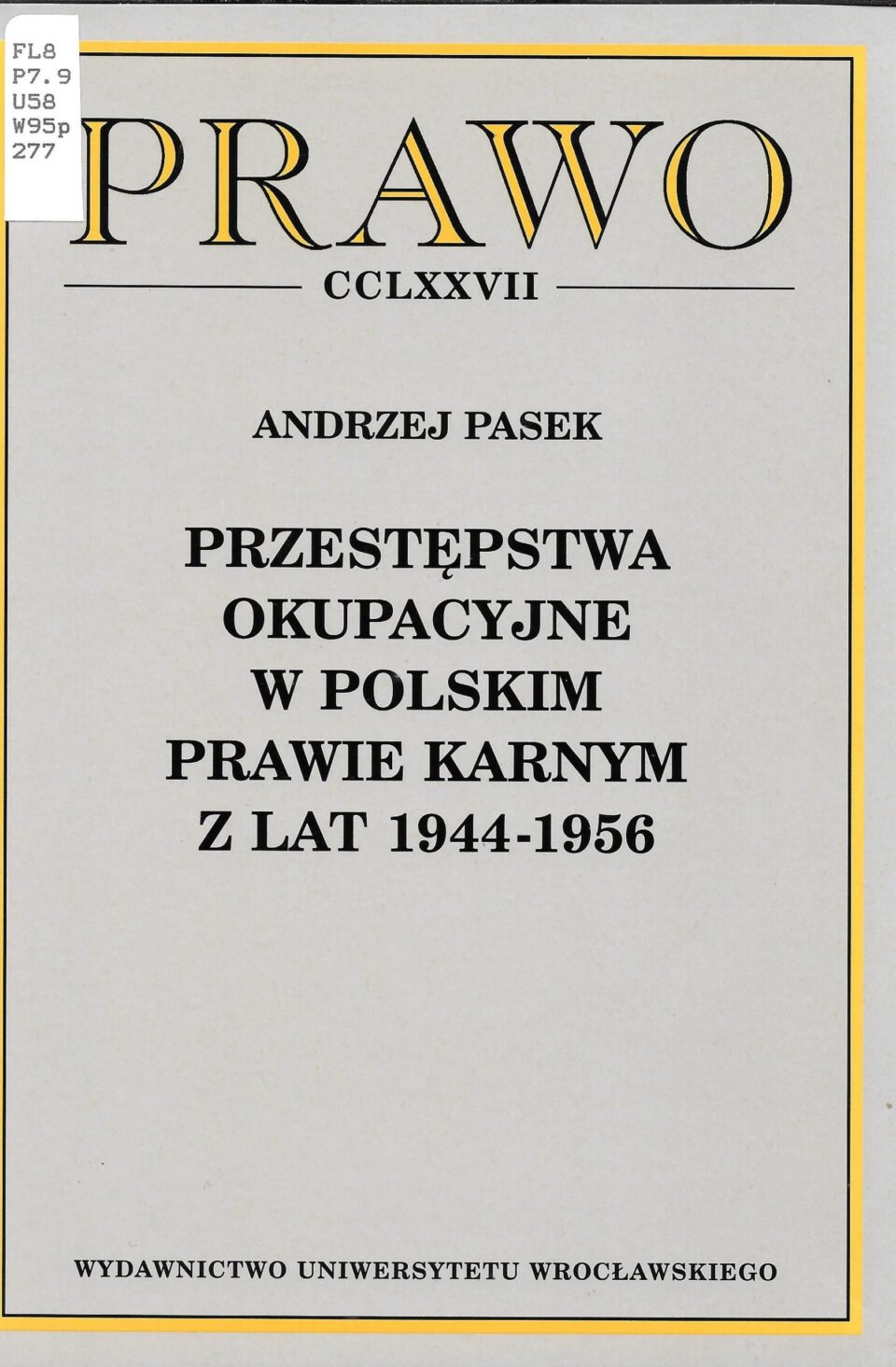 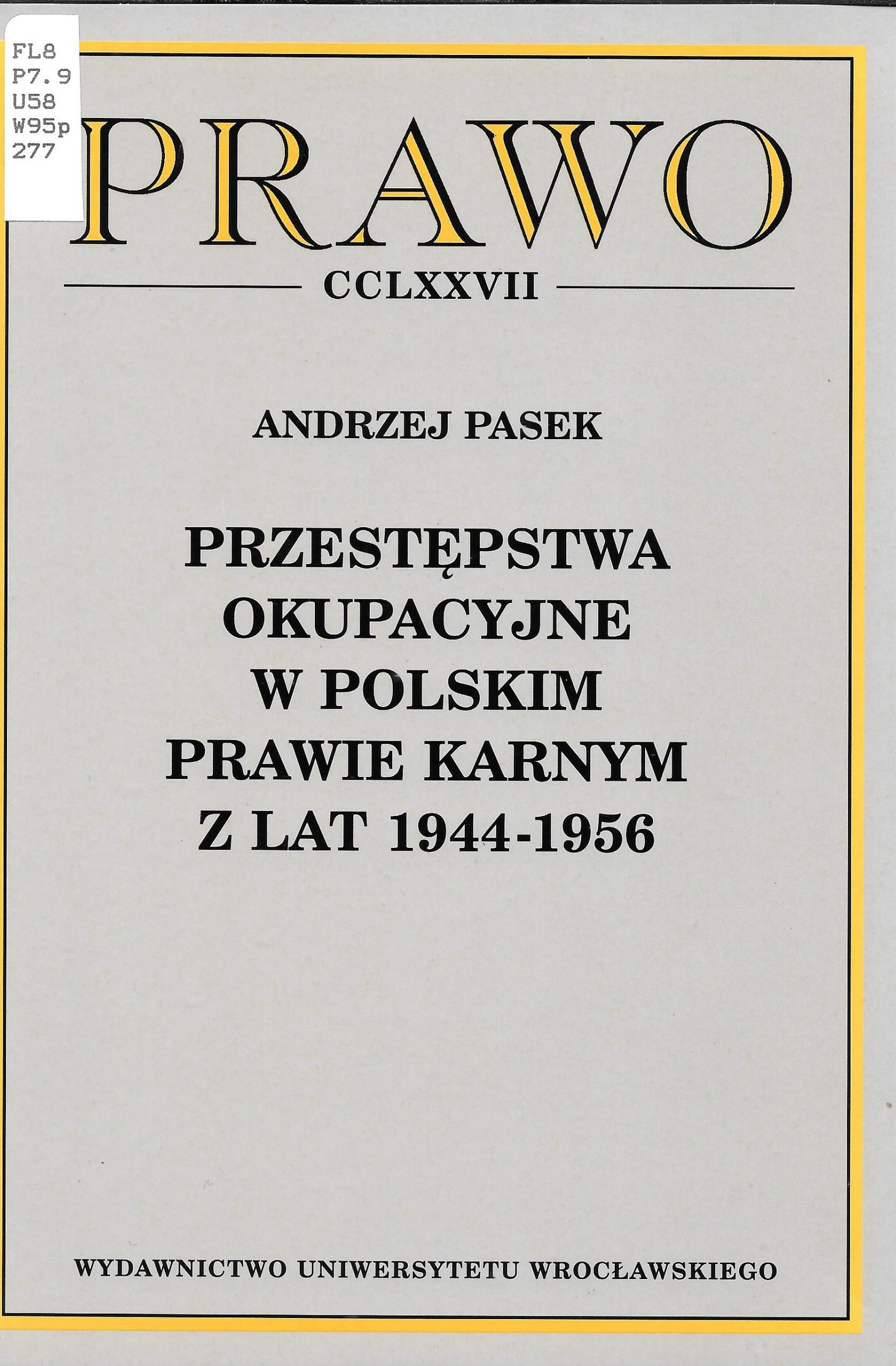 OCCUPATIONAL OFFENSES IN THE POLISH PENAL LAW IN THE YEARS 1944-1956, is the title of this Polish-language study. It centers on the legal aspects of the August Decree of 1944.

THE SCOPE OF THE SENTENCES

Officially, the August Decree was about punishing Nazis and Nazi collaborators. However, relatively few Germans were punished, and the vast majority of the defendants were low-ranking Polish appointees of the Nazi German administration. (p. 73).

Political accents, involving the August Decree and the Communist authorities, were not lacking. (p. 161). The Communists, like all leftists with their virtue signaling, framed their efforts in terms of being antifascist, and “antifascism” became a convenient shield and slogan for Communist manipulations. (p. 200).  The freedom-fighting Home Army (A. K, that is, Armia Krajowa) was smeared as agents of both the Anglo-Americans and the Nazi Germans. (pp. 93-94 110, 200). Leading Jewish Communist Jakub Berman declared that the A. K. will be connected with fascism as never before. (p. 200).

The charges against Polish freedom fighters spanned 1948-1955, invoked the August Decree, and were based on falsified documents and forced testimonies of witnesses. (p. 200). They revolved around accusing them of killing leftist activists, Soviets, and Jews. Probably the best known framed person was General August Emil Fieldorf “Nil”, who was sentenced to death, and executed in February 1953.

As a result of the August Decree, some 300 members of the ZWZ-AK and BCh, in addition to NSZ and other freedom fighters, were framed as Nazi collaborators and killers of leftists and Jews. (p. 201). Here they had been fighting Nazis for years, and now they were being fraudulently convicted of siding with the Nazis.

The foregoing serves as a corrective to Andrew Kornbluth, who is in blissful denial about the reality of Communist manipulations as per the August Decree.

EVEN GERMAN-COMPELLED POLES WERE CONVICTED AS COLLABORATORS!

Collaboration is normally understood as willful and voluntary service to the enemy. In contrast, the initial provisions of the August Decree stated that even those forced to perform acts by the Germans were not thereby relieved of liability. (p. 82, pp. 145-146). Later, this was somewhat softened. (p. 129).

The August Decree courts treated Jews as special victims. They assumed that all Poles knew that all Jews were being subject to extermination. (p. 61). A Blue Police member was convicted of killing Jews, even though he said that he did it in order to prevent Polish rescuers from becoming exposed and killed by the Germans. (p. 62).

There was also an element of collective guilt in the sentencing. Whenever there was a band of men, and only one of them had a gun and shot somebody, all the members of the group were collectively charged with murder. (p. 69).

SOME OF WLADYSLAW ANDERS MEN RETURNED TO POLAND

Let us turn to another subject. At the end of 1945 and early 1946, around 10,000 men of the Second Corps returned to Poland. Most of them (70%) were Silesians that had been conscripted into the Wehrmacht. Having fallen into British or American captivity, they deserted, and joined the Polish armed forces. They took then part in heavy combat in Italy. (p. 153).