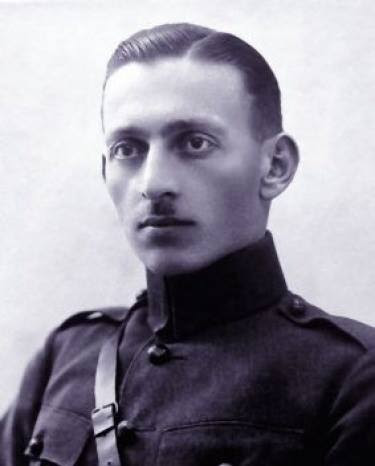 Colonel Valerian Tevzadze (Georgian: ვალერიან თევზაძე) (February 10, 1894 – December 13, 1987) was a Georgian military officer in the service of the Democratic Republic of Georgia (1918-1921). After the Soviet forces occupied the country, he left for Poland and joined the Polish army as a Colonel. During the Nazi invasion of 1939, he took part in the northern defense of Warsaw. He was later awarded with the Silver Cross of the Virtuti Militari, Poland’s highest military decoration for heroism and courage in the face of the enemy at war. During WWII Valerian Tevzadze was a soldier of the armed forces of Poland and the Home Army, the dominant Polish resistance movement in Poland occupied by Nazi Germany and the Soviet Union. After the Red Army took control of Poland, Colonel Tevzadze didn’t leave his new homeland. He hid in Dzierżoniów as Walerian Krzyżanowski keeping the absolute mystery about his past. The truth about him became known in 1985, when they opened his will. According to his will there are his real name and his final wish written on his gravestone: “Jako Gruzin chciałbym być pochowany w Gruzji, ale jestem szczęśliwy, że będę pochowany w ziemi szlachetnego i dzielnego Narodu Polskiego.” (As a Georgian I would like to have been buried in Georgia, but I am happy that I will be buried in the land of noble and brave Polish people.)